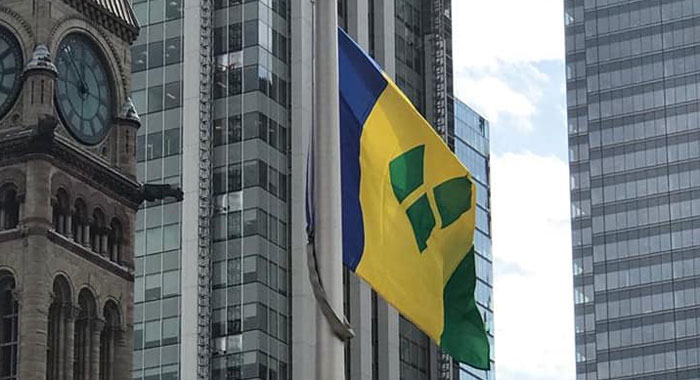 We are at the end of our 50th year of the survival of the St. Vincent and the Grenadines Association of Toronto (SVGAT), acknowledged and celebrated our accomplishments based on the association’s relevant standard to date.

In the past week, I have met and chat with many members, patrons and associates within our community; some who said that they expected to have seen me at the Gala and that I was missed, that there was a table with my name — Elma Gabriel, (like that of all other past presidents).

Well, to be honest, I thought of attending but then for me, being in attendance is to pretend that all is well going through the motion of an evening of imaginary importance, of flaunting, listening to speeches of accomplishments which has done very little for a community, where the visible involvements of our young people and the onward future of our SVGAT groups remain in bewilderment, where very little effort has been made to document its history of the past years, much less to have secured a worthwhile or reasonable “fund balance” within its building fund account; that which was established since in the 60’s, the early days of our trailblazers. An account that was revived on a few occasions under the leadership of some forward-thinking, honest community-minded and progressive presidents and executives.

Taking in consideration past prospects, the reliance on our Toronto Vincentian community of the last 50 years, I personally believe that we have deceived out SVG Canadian future generation, future immigrants, our children, their Children’s children of a promising history which was tailored for us by our forerunners fifty years ago. Those who with pride pursued opportunities and carried a touch aligned with policies, creativity and ambitious suppositions. Channelled through the ethics they were taught by parents derive of our SVG roots.

Just a few days ago, a priest at the funeral of one of our late SVG leader ask; “can anyone tell me what a legacy is”? And as we listened, he provided his terminology. That as long as there is life there is a legacy and what is important is how it is lived, the contributions you have made during life’s dash.

Well as individuals, we are at liberty even in today days, to live by a standard, one that we have set; that which will be the ‘legacy’ behind our name, that which aids us within our conscience, that Christian conscience which we as ‘A people’ have subscribed too and live by. That Christian integrity to which we will one day if not already ponder on.

Yes, 50 years! So let’s ask ourselves why SVG Toronto organisation having held the historical height of “being the second eldest Caribbean registered community association in the City of Toronto” has not acquired at least their/our own building? To note that the leadership of 2009/2010 in less than two years was able to revive and doubled the amount of the building fund in excess of $22,000 with an annual extra operation fund of $7,000. Unfortunately still, due to the lack of transparency, and poor accountability; the dwindling of funds within the subsequent five years are still the uphill endeavours of today.

It is true that being amongst one’s people should be the delight of our hearts and truly no exception to my credence. So; to those of you who missed my being at the SVG Toronto’s 50th anniversary and 40th SVG Independence Gala, I do appreciate your interest and patronage as I hope for success stories in future SVGAT’s financial standing commentary.

In life, we have to make choices and so my activism spirit does not accede to a falsity of make-belief, especially to the disappointment of our SVGAT trailblazers and our future generations; combine with the pursuit to the real meaning of ‘independence’.   Nonetheless, prosperity and economic growth are evident after a recession, so that being the case; our 50-year-old organisation with a patriotic starboard at its helms; maintaining a focus of governance with good intentions, embracing integrity to that of a core passion leading up to the next 50 years. There is yet the chance and hope of our trailblazers’ dream for our future Canadian Vincentian heritage.