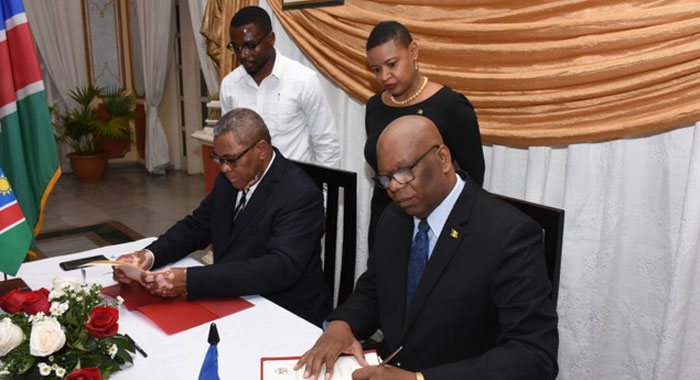 St. Vincent and the Grenadines has established diplomatic ties with Namibia, located in southern Africa.

Both ambassadors spoke about the importance of building not only on the linkages between our two countries, but also between Africa and the Caribbean, a press release said.

“Despite its large landmass, Namibia has a population of just over two million people and is renowned for its beautiful landscape.

“The two ambassadors pledged to begin working on a technical corporation agreement between the two countries which would include cultural and educational exchanges,” the press statement said.

Goagoseb is designated as non-resident ambassador for Namibia to SVG and he is expected to present his credentials to Governor General Susan Dougan in Kingstown soon.