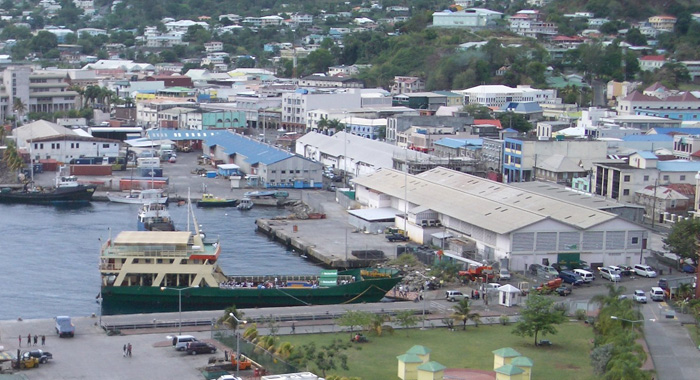 The Board of Directors of the Caribbean Development Bank (CDB), on Thursday, approved funding for the modernisation of Kingstown port in St. Vincent.

This project is the first of a two-phase programme and includes the construction of a new cargo port, and associated roadworks to improve access and traffic flow.

“Modernisation of the Kingstown Port is an important component of the government’s vision for transforming St. Vincent and the Grenadines into a modern, competitive, private-sector led economy,” Monica La Bennett, CDB vice-president (Operations), said.

The project is being funded by a US$110 million loan from CDB; a 25.6 million pound sterling (about USD32 million) grant from the CDB-administered United Kingdom Infrastructure Fund, and a US$43 million contribution from the Government of St. Vincent and the Grenadines.

“The United Kingdom is pleased that the Kingstown Port modernisation project will deliver economic growth, while supporting improved livelihoods, poverty reduction and safer conditions for citizens, which is the goal of the United Kingdom Caribbean Infrastructure Fund,” said Resident British Commissioner to St. Vincent and the Grenadines, Steve Moore.

The project will build a structurally safe working environment at the Kingstown Port, which is currently operating well beyond its design life and has structural defects.

People affected by the planned construction will be consulted and compensated, the CDB said in a press release.

Residents and fisherfolk in Rose Place and vendors in Little Tokyo will be offered relocation to safer and more climate-resilient areas. Affected persons will also have access to skills training to improve their social and economic situation, the press release said.

In the next phase of the port modernisation, an intra-regional cargo terminal and an inter-island ferry terminal will be built.