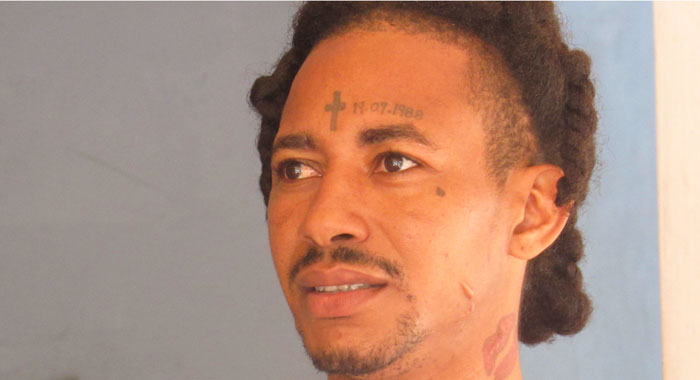 Just three days after South Rivers resident Joe Bushay was released from prison, he was back in court, facing three charges.

And he seemed happy to see the magistrate who had jailed him, and used his court appearance to remind the jurist of this.

Bushay appeared before the Georgetown Magistrate’s Court, on Monday, charged that on Jan. 17, at South Rivers, he threw a missile (a piece of steel) at fellow villager, Vel Bushay.

Joe was also charged that on Jan. 18, he threw missiles, to wit, bottles, at Noel Bushay of South Rivers.

The third charge was that on the same day he unlawfully assaulted Noel.

Joe and the complainants live in the same house and magistrate Bertie Pompey told the accused that he would have to find an alternative arrangement if bail is to be considered.

Joe told the court that his sister would bail him; however, efforts to reach his sister were unsuccessful, as he seemed unsure of his sister’s phone number.

He told the court he would stay at Layou.

Joe then told the magistrate, “Can I say something, sir?

“Happy New Year. I ain’t see you a long time,” the defendant said.

“What you mean you ain’t see me a long time,” Pompey asked.

“Out from where?” Pompey asked

“From where you send me,” Joe said.

“I know your name rings a bell!” the magistrate remarked.

Joe continued: “I came out from prison last Thursday, same Thursday I saw you.”

“You man you just came out from prison on Thursday and you’re here before me again today — Monday?”

Pompey set bail at EC$1,800 and ordered Bushay to find alternative accommodation and to have no contact with the complainants.

Pompey told police to escort Joe to get his things from the house.

The matter was adjourned to Feb. 20.

One reply on “Man charged 3 days after prison release”