No direct flights from China, multiple screenings before arrival reduce risk to C’bean 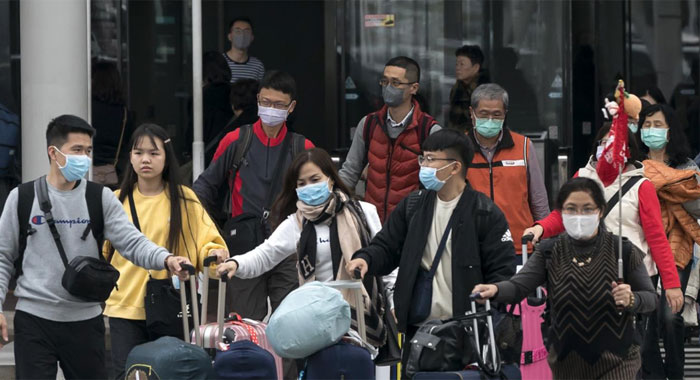 The Caribbean Public Health Agency (CARPHA) is, however, urging member states to continue to be vigilant and to step up surveillance at their ports of entry.

This advice follows an announcement by the World Health Organization (WHO), on Thursday, declaring the 2019-nCoV outbreak in Wuhan, China, as a public health emergency of international concern (PHEIC).

A PHEIC is defined in the International Health Regulations (2005) as “an extraordinary event, which is determined, as provided in these Regulations to constitute a public health risk to other states through the international spread of disease; and to potentially require a coordinated international response”.

This definition implies a situation that: is serious, unusual or unexpected; carries implications for public health beyond the affected state’s national border; and may require immediate international action.

Some 213 persons have died in Wuhan, the epicentre of the outbreak, while the number of global cases has risen to 9,000, the majority of these cases being in China.

The virus has spread to 22 countries and jurisdictions.

Dr. Joy St. John, executive director of CARPHA, maintains that the risk of the novel 2019-Corona virus remains low for the Caribbean region.

She said the risk is deemed low because there are no direct flights from China to the Caribbean and travellers will receive multiple screenings before arrival to CARPHA member states.

St. John explained that health agencies and Caribbean officials at a meeting of the Regional Coordinating Mechanism for Health Security (RCMHS) on Wednesday agreed with this risk assessment, having confirmed that there are no reported cases of the 2019-nCoV in the region.

The International Health Regulations’ Emergency Committee is not recommending trade or travel restrictions at this time. CARPHA urges regional national authorities to work with airlines, passenger ships and other transport and tourism industries to ensure that Caribbean residents and visitors alike remain free of 2019-nCoV.

CARPHA said it will continue to monitor these developments and provide Member States with guidance to support national response efforts, while strengthening Regional Health Security in collaboration with regional partners.

The WHO, in advice to all countries said, on Thursday, that it is expected that further international exportation of cases may appear in any country.

“Thus, all countries should be prepared for containment, including active surveillance, early detection, isolation and case management, contact tracing and prevention of onward spread of 2019-nCoVinfection, and to share full data with WHO,” the statement said.

Meanwhile, Trinidad and Tobago announced, on Thursday, the imposition of a 14-day travel restriction on travellers from China.

“Persons who are presently living in China or visiting China regardless of your nationality, will not be allowed entry into Trinidad and Tobago for fourteen days after leaving China,” said Health Minister Terrence Deyalsingh, according to a post on his Facebook profile.

The coronavirus has an incubation period of up to 14 days.

According to the US Centers for Disease Control, for confirmed 2019-nCoV infections, reported illnesses have ranged from people being mildly sick to people being severely ill and dying.

Symptoms can include fever, cough, and shortness of breath.

CDC believes at this time that symptoms of 2019-nCoV may appear in as few as two days or as long as 14 after exposure.