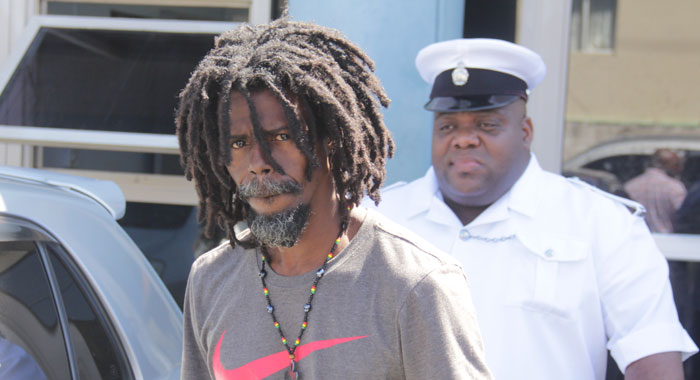 The whaling and fisheries sectors in St. Vincent and the Grenadines (SVG) may have missed out on EC$10,000 in revenue, if the story of a Grenadian man is to be believed.

And if it is not, the sum will end up in the state coffers.

After pleading guilty to four immigration charges at the Kingstown Magistrate’s Court, on Tuesday, the man, Joseph, was ordered to pay EC$1,000 in fines forthwith or spend one month in jail.

The court also ordered that he be deported when the sentences are fulfilled.

In separate proceedings, the Financial Intelligence Unit (FIU) is also asking the court to confiscate the monies as proceeds of crime.

Joseph was brought before the Kingstown Magistrate’s Court, charged that on Jan. 24, at Union Island, being a prohibited immigrant, he entered St. Vincent and the Grenadines (SVG) without a passport.

He was further charged with entering the country other than at a port of entry, entering without the consent of an immigration officer, and allowing himself to be landed as a prohibited immigrant.

According to the facts read by Corporal David Wright, about 3:15 p.m. on Jan. 25, Corporal Da Souza was on duty in plain clothes at the Gate 7 of the Grenadines Wharf when he saw the defendant disembark MV Gem Star.

Da Souza stopped Joseph, who was carrying a black plastic bag, a wooden staff in his hand and a multi-coloured backpack.

The police officer identified himself to Joseph, told him of his duties and requested a search of the defendant’s person and belongings.

Joseph refused and began to walk away.

Da Souza summoned PC Russell, another officer who was on duty and they again requested a search of Joseph, who again refused and attempted to walk away.

Joseph was arrested and taken to the security booth, where police found a transparent bag containing EC currency in his right back pocket, while a sock in his book bag contained some EC and US currency.

When asked about his arrival in the country, Joseph told the officers that he arrived in Union Island on Jan. 24 and that he had taken MV Barracuda to Kingstown, and that he had no travel documents.

In mitigation, counsel Grant Connell, who rose amicus on Joseph’s behalf, told the court Joseph had indicated that he came to SVG to purchase black fish and gave police the name of the individuals he was coming to.

Connell said that Joseph had also been asked if he had come to SVG to purchase “our chief crop — marijuana” and he said no.

The lawyer said that the number of Grenadians coming before the court on immigration charges suggests that there is a misunderstanding that once they get to Union Island, they are legally in SVG and can travel freely within the archipelago.

Connell noted the maritime border SVG and Grenadines, adding that if one snorkels too far from Petit St. Vincent he or she ends up in Grenadian territory.

The lawyer said there was “no great concealment” of the money that Joseph had.

But Senior Magistrate Rickie Burnett asked if black fish was in season.

But prosecutor Corlene Samuel noted Joseph’s reaction when officers stopped him at the wharf and requested a search.

She said that authorities had no issue with people coming to SVG but they must do so the right way.

Connell pointed out that Joseph was being asked to pay the fines forthwith even as the FIU had confiscated the money that he had with him.

The Serious Offences Court will hear the confiscation matter.