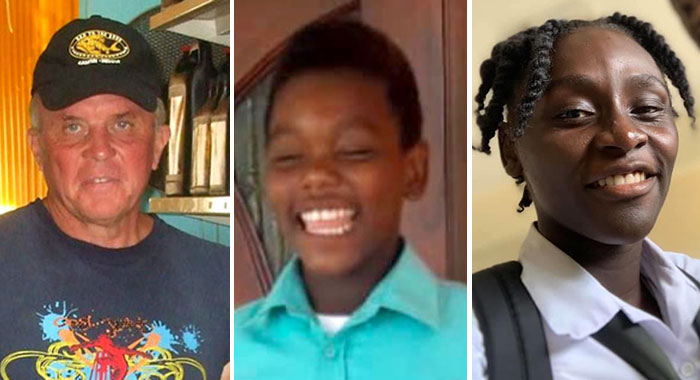 The main opposition New Democratic Party (NDP), on Thursday, said it was “deeply saddened” by the news of the passing of the three burn victims in the Union Island gas station fire.

The fire occurred at the gas station in Clifton, Union Island on May 19.

The owner of the gas station Freddy Naert, 72, and Lindani Neverson, 14, Graniqua Azaria Alexander, 17, were seriously injured in the fire and were transported to Milton Cato Memorial Hospital in Kingstown for emergency medical treatment that same day.

On Sunday, May 24, Naert and Neverson died at MCMH and later that day, Alexander was flown to Trinidad for further treatment.

She died on Wednesday.

“Our deepest condolences go out to the families of the victims. This tragedy is a hard blow for the family members.  They need our prayers and support in this extremely difficult time. We mourn with them.  No doubt, their community of Union Island and the entire nation share their loss.”

The NDP said that Member of Parliament for the Southern Grenadines, Terrance Ollivierre has been in regular and close contact with the families of the teenaged victims.

“I am truly at a loss for words. My heart hurts for all the families. This is such a tragedy and I know that all the people of Union Island are hurting right now. We must pray for everyone,” the NDP quoted Ollivierre as saying.

President of the NDP, Opposition Leader Godwin Friday said: “I am heartbroken! I pray for the families and for the community. They need our love and support.”

“The NDP urges that there be a full investigation into the cause of the fire, the efforts to combat it, and of the transportation and treatment of the burn victims. As Dr. Friday has stated, ‘We need to find answers and to learn from this tragedy. A full investigation is a necessary part of that process,’” the NDP further said in a statement.