PM says poverty has fallen but mum on latest figures 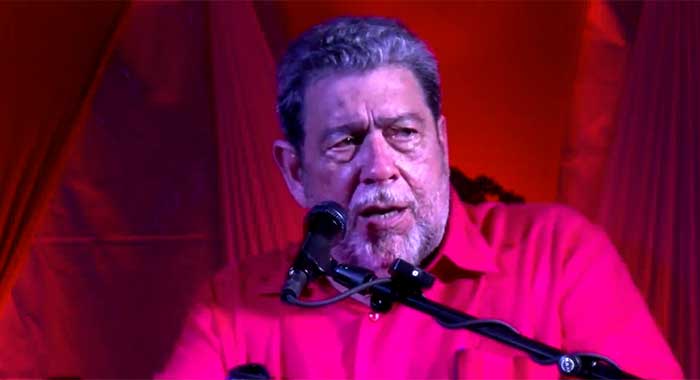 The opposition New Democratic Party (NDP) should be ashamed to speak about poverty, Prime Minister Ralph Gonsalves said Saturday night, but gave no indication of the most recent data on poverty in St. Vincent and the Grenadines.

Gonsalves was speaking at a Unity Labour Party (ULP) campaign event in Georgetown, on night after opposition politician Daniel Cummings said that under the ULP administration, poverty in SVG, in 2018, stood at 36.1%, up from 30.2% of the population in 2008.

Cummings, incumbent MP for West Kingstown, said his statement was based on data from the 2018 poverty assessment report, which the government is yet to release, almost three years behind schedule.

This means that poverty in the country was 0.1 percentage point higher than in 1998, the last assessment before the Unity Labour Party administration came to office in March 2001.

Cummings said that the data shows that while poverty had more than doubled in Barrouallie in the decade ending 2018, standing at 60%, it had fallen by 25% in Prime Minister Ralph Gonsalves’ home village of Colonarie.

Gonsalves, however, maintained that poverty had fallen under his watch.

“You are having less poor and dirt poor now than when we came to office,” he said at the opening of his campaign office for North Central Windward, the constituency he has been representing in Parliament for 25 years.

“You know I am amazed that the NDP has so much shame to be talking about poverty in St. Vincent. When we came to office [in March 2001], 38% of the people of this country were classified as poor,” Gonsalves said.

“But worse than that, 27% were classified as indigent, dirt poor, can’t keep body and soul together,” he said.

The prime minister said that as part of the social and economic transformation of the country, his government set about to deal with poverty.

“We set about to deal with the indigent and by 2009, poverty had reduced substantially, but more importantly, dirt poor had moved from 27% to under 3%. And when you look at the number in relation to undernourishment, in 1995, 22% of the population were undernourished. But 2012, less than 5%.”

Gonsalves said that the Food and Agriculture Organisation of the United Nations invited he and Agriculture Minister Saboto Caesar to Rome twice to receive awards for addressing poverty and undernourishment in this country.

Regarding employment, Gonsalves said that 12,000 persons more are employed today that in 2001.

“And the total population between 2001 and now increased by under 2,000 persons. It means, therefore, that the rate of persons getting jobs was 10,000 — more than the increase in the population. I am not dealing with percentages; I am dealing with real flesh and blood people so that you can understand that.”

He said the ULP has shown that it has plans.

“And young people I am saying to you, middle-aged, persons who are able to work, be prepared for even more work in the hotels which we are building, for the operation of the hotels. These are not just fly-by-night things.”

Gonsalves said “selling passports” — a reference to the NDP’s proposed citizenship by investment programme — is Opposition Leader Godwin Friday’s response to questions about what he is going to do about jobs, agriculture, and tourism.

The prime minister said that hotels being built across the country would add at least 1,200 rooms, each requiring about 2.5 employees, or a total of some 3,000 jobs.

“And the farmers will sell food and the fishermen will send fish, lobster and conch. You hear me. You hear how we do it?