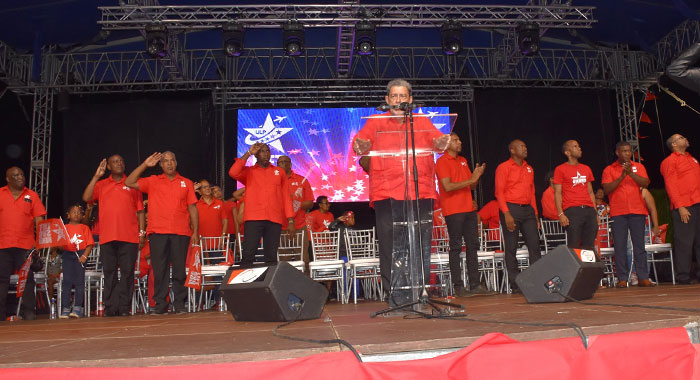 The Gonsalves’ administration entered into an agreement with the Teachers’ Union allowing teachers who aspire to lift their country higher through parliamentary representation, to take leave of absence for a specified period of time and then return to their original or equivalent civil service job.

This agreement is not aspirational but has become part of the country’s laws. Consequently, no Service Commissions has to wait on any politician or anyone else for that matter to give them directions on how to act.

The World Boss is not a law unto himself and must not be aided and abetted in his illegal actions. Neither the majority, who did not support him, nor the minority, who did, can support dictatorial action. We are a county of laws, not of men. No one should subscribe to the myth that “whatever court we go to we must come back to Papa”.

We cannot allow one man to derail our system of laws and defy law and order and the majority population. Our students cannot be made pawns in anyone’s political game, they need their teacher NOW. We expect to see Shevern John of North Windward back at her duties soonest if that is her desire. The elections are over and fairness must now prevail.

When our courts make a ruling it ought to be carried out. Those now ruling need to be mindful that the majority population supported the mantra of “Jobs, Jobs, Jobs”.

One reply on “Labour: Loveless or Lawless”