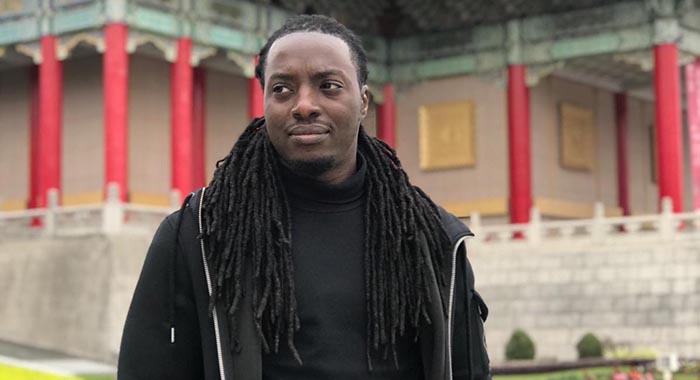 A Vincentian student in Taiwan has taken the initiative to promote Caribbean culture by means of a cultural festival.

The event, “Culture Üma Festival” is set to promote the culture of the Caribbean — and by extension Latin America — through performance arts.

The festival will also promote small business owners in Taiwan on April 17.

The Vincentian student, Ari Shaw, who worked in journalism in St. Vincent and is pursuing a degree in the field in Taiwan, told iWitness News that the festival comes at an opportune time as, this year, St. Vincent and the Grenadines and Taiwan are celebrating 40 years of diplomatic relations.

Shaw, who is the planner and coordinator of the upcoming festival, also noted that the Association of Caribbean States celebrates its 20th anniversary this year.

He said that the SVG embassy in Taipei fully endorses the event, which, so far, has secured the support of five of the nine Caribbean and Latin American embassies in Taiwan.

TDDA is geared at increasing public awareness of Taiwan’s diplomatic allies and promotes the country overseas.

Over the past three years, it has steadily gained attention from both foreign diplomatic missions in Taiwan and governments abroad.

“To the rest of the world, Caribbean/West Indian countries have a single cultural unification. This is because of similarities in historical and cultural development as a result of European colonisation,” Shaw said.

“The same can be said about Latin American countries because of the Spanish influence, through colonisation.”

Taiwan’s Latin American allies also have a joint history with SVG through the Garinagu (Garifuna) people, who were exiled to Honduras in the 18th century and now has significant populations in Belize, Nicaragua, Honduras and Guatemala.

“These countries, therefore, have a natural bond [with SVG] through the Garinagu,” Shaw said

He explained that the word Üma is Garifuna for “path” or “way”.

“The festival name is intended to translate as a pathway to culture as we educate the Taiwanese population of our rich culture, which includes the Garinagu people”

The journalism major went on to add that both Caribbean and Latin American cultures are beautifully blended with European, African and aboriginal cultures to form independent, yet fluid cultural identities.

“Music, painting, dancing, poetry, drama, etc. are forms of artistic expression in which we share our history and culture.”