But how did we get here? What can we do? 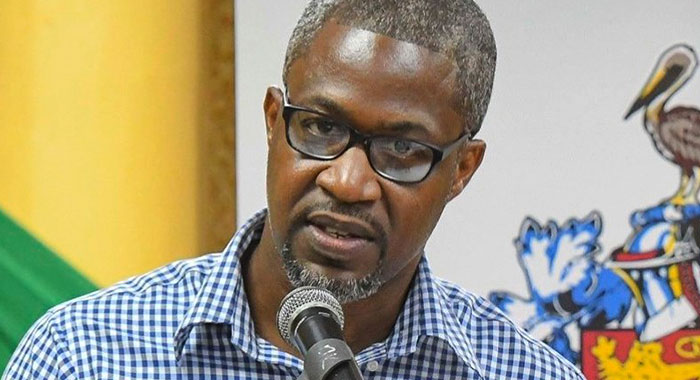 The events of Aug. 5, resulting in injuries to several persons including our prime minister represent a dangerous escalation of political violence in our country and must not only be condemned, but we — the Church, civil society organisations, the corporate sector, political parties and ordinary citizens — must demand and do all within our collective power and will, to avoid further intensification of this volatile situation.

There is a real sense that this is already happening. Immediately after the incident, incensed and emotionally charged government Members of Parliament, made claims, allegations, and threats to opposition members of Parliament, singling out the leadership of the New Democratic Party as being responsible. On Aug. 7, at a media briefing, the leadership of the NDP informed the nation that the homes of about 11 members and supporters of their party were searched by the Black Squad and their devices and documents confiscated.

Now, emotions are high, and positions are being hardened by narratives and counter-narratives. Essentially, a context and a pretext is being established to justify actions of one kind or the other. But this is a sure formula for more violence unless heads are tempered by good sense and sober reflection. It is imperative that an immediate caucus of relevant stakeholders be convened with the clear mandate to chart a way forward and help to minimise and further potential for violence.

But how did we get here is an important question to ponder? A full examination of the period between 1998 and 2021 might reveal some answers. Early in this period, a sharp rise in activism of and a subsequent decline of civil society organisations occurred. While it is true that NGOs had started to witness a fall-off in international funding that impacted their ability to carry out some of their programmes, trade unions were still relatively strong and commanded significant support from their members and the citizenry.

Evidence of this is to be found in several protests that took place between 1998 and 2000. For example, the march by Catholic students and teachers to bring awareness to the inequities in education as it related to government-assisted schools was well organised and gained public support. The bill to provide for pensions and gratuity to Members of Parliament and their spouses (the so-called “Greedy Bill”), while having noble intentions, was ill-timed. This was “the final straw that broke the camel’s back” in 1999, and one of the major issues that gave legitimacy to the call for fresh elections during the period. However, after the elections of March 2001, the political accommodation between civil society and the Unity Labour Party resulted in the silencing, if not near death, of civil society organisations, including our trade unions. This accommodation, in my view, had two critical effects on our society.

First, the political parties became the most dominant voice in our country. They facilitated and drove national debate on almost all issues of national importance to the detriment of all other institutions and voices. Second, the tone and content of political discourse have been, for this period, laced with personal invectives and anger, and devoid of meaningful democratic gains. This explains, to a large degree, the very toxic political environment in which we now find ourselves. In essence, we are a society waiting to implode if we don’t make critical interventions to reverse these trends.

When what, by all accounts, is an error of judgement, results in the injuring of a prime minister, and then that act is characterised as an assassination attempt, what cumulative effect does this have on the psyche of his supporters and how would supporters of the main opposition party respond to such an assertion?  The point here is this: it is very dangerous to suggest that there is some apparent or concealed attempt to assassinate Prime Minister Gonsalves as is being touted by members os the governing side when there has been no evidence to suggest this. At least, the commissioner of police and his leadership team have not informed the public of any such plan or plot. I am still waiting to hear the details. If on the other hand, we agree that the event at which Prime Minister Gonsalves was injured is what it is — a protest that lacked focus and control, and therefore, resulted in an unacceptable and unfortunate act of violence — then, that can lay the basis for moving forward.

But before we can move forward, we need to PAUSE for a while and take a deep breath as a nation. We are still trying to cope with a global pandemic with very slim resources. Our people are still picking up the pieces from the most destructive eruption of our volcano since Independence. We are in what is predicted to be a very active hurricane season and most of all mosquitoes still “sucking we blood”! Can we afford to play political games with talks of a coup d’état? Ralph and Friday, let’s move on, man!  We need to do this to save ourselves and our children and young people from thinking that even at the highest levels of service in our land, we cannot resolve conflicts but must resort to violence and inflict pain and hurt upon each other. As a nation we MUST rise above this tribalism.