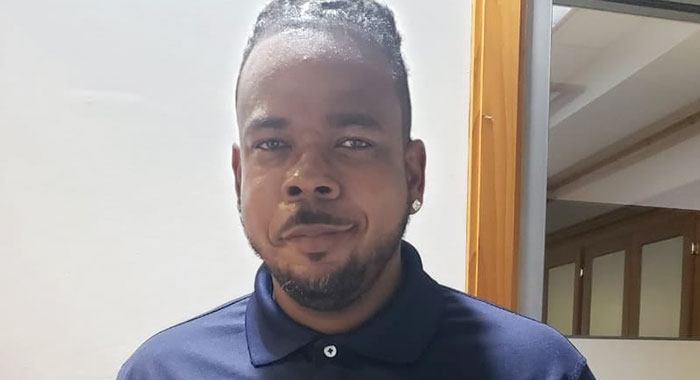 A statistician at the St. Vincent and the Grenadines Tourism Authority (SVGTA) has been suspended for two weeks, without pay, for raising, on social media, concerns about the performance of the state agency to which millions of taxpayer dollars are allocated annually.

He said on Hot97, on Thursday, that he suspects that there are similar feelings among his colleagues.

“I suspect many of them share my sentiment, however, they were afraid to speak. Because, I mean, basically, this is what you’re told: ‘You get your salary at the end of every month, and you should be content with that.’”

Roban illustrated his Facebook post with a photo of publicly-available statistics from the Eastern Caribbean Central Bank and said:

“Find a year, any year in which the ‘total stay-over visitors’ (also call tourists) number exceeds that of 2006 (almost 15 years ago mind you)”.

He noted that the SVGTA, as an entity separate from the Ministry of Tourism, has existed since 2009 and that the Argyle International Airport opened in 2017, the same year that scheduled direct international flights to SVG began.

Roban noted that while total visitor numbers in 2019 were 31.8% higher than in 2006, visitor expenditure had increased by only 4.1% in the same period.

In a later post, also on Tuesday, Roban said that the SVGTA received EC$17 million from the government in 2019 “but yet St. Vincent and the Grenadines barely has a web presence as a tourist destination apart from a company founded in Australia selling ‘Vincentian’ cooking lessons!”

In a post Wednesday morning, Roban said, “…apparently I’m now suspended without pay for simply sharing factual information readily available to anyone in the world on my Facebook page.”

In a call with Hot97 FM on Thursday, Roban said his motivation for the post began a few years ago, when a staff meeting was called on the first work day of the New Year.

“And the essence of this meeting was to remind everyone who was in charge. And when decisions come down from the top, nobody questions it because the buck stops there,” Roban said.

“And I was like, I can’t understand what his attitude is about and in such a major, important institution that is responsible for marketing St. Vincent and the Grenadines as a tourist destination, you want to tell me, nobody else in the institution can contribute towards important decision-making?” he told the radio station.

He said that in an informal meeting, a senior member of staff had also pointed out the fact that the country’s tourism figures had not exceeded the 2006 high.

“And she was shut down. And I was like, ‘Why would someone who was responsible for getting the numbers higher and higher every year shut down something like this, which, you know, factual, is not something made up?’”

Roban said that exchange “just stuck with me” and through further conversation with the senior staff who had raised the issue, he concluded that St. Vincent and the Grenadines “has “no competitive positioning as a country, as an international tourist destination.

“But St. Vincent has no competitive position. It’s like we are trying to be the jack-of-all-trades but we have no niche, no reputation, no global reputation.”

Roban said that in another meeting, he said that he could not see the value that the SVGTA was adding, given the funding it received annually.

“And I was shut down. I was told, ‘You’re pissing me off right now, please get out of my office’ — basically, to paraphrase.”

Roban said he was “kind of frustrated” and that prompted him to make the Facebook posts, although he said “the average Vincentian” does not go out of their way to really pay attention to statistics.

He said he was aware that his post could cost him his job.

“I don’t mind. Someone has to stand up. Someone has to say something. Because if you’re telling me after 12 years, receiving monies every year from the government to promote St. Vincent and the Grenadines, we are still receiving the same visitor expenditure pretty much after 15 years? What value has this institution added?”

He said that the government’s main tourism website — www.discoversvg.com — is offline and “it was practically useless” before it was taken down.

“I don’t think it is harsh to criticise. I think a lot more can be done.  I distinctly recall one time we were shown a video that was done with some bouncing balls or something of that sort.

“And after viewing it and we were told that it cost something close to $1 million. We were taken aback. And to this day, I’ve never seen the video aired or anything like that. And I would imagine, there is more than one instance of things of this nature,” Roban said.

“I looked at the video and I had no clue what whatever the purpose of it was for.”

Asked who produced the video, Roban said, “I can’t call any names.”

Regarding his suggestion for marketing SVG, Roban said:

He said that there is a problem with cruise ship visitors, the first of which is that a lot of them do not disembark.

“Secondly, the average spend is very low. And that’s another issue that I have. There haven’t been strategies devised to increase the average tourist spend. And that has shown up in the numbers.

He said that SVGTA staff members go to conferences “and you just hear a lot of useless verbiage at these at these conferences… But at the end of the day, nothing — the average man on the street, the average taxi man, the vendor and so on.”

He said that he does not see “the upper levels of these people” making contact with “the average man.

“Like they are so aloof, you come to work when you feel like, you come through the back, you go into your fancy office, you leave when you want to and you make no contact with the average man.

“I never once heard them go and ask — because you know, those vendors up close to the cruise ship berth, you can go and ask these people what can we do, how can we help you to create a better, more aesthetically pleasing thing and so forth?

“How can we help you with your products and so forth, in a bid to get tourists to spend more money and make them more attractive to draw tourists? Simple things that won’t cost a lot of money,” Roban said.

He further said that a lot of projects that, for which the funding does not specify overseas contractors, are not given to Vincentian service providers.

Roban said that after the post he was suspended by phone.

He said that he expected that he would have been suspended because of the post and he has since emailed the SVGTA asking for a written notice as well as the grounds for his suspension.

Roban, however, said that he did not disclose in the posts any information obtained exclusively as a consequence of his employment at the SVGTA.

He said that he does not think that the SVGTA has grounds on which to dismiss him.

“You have prescriptions in the labour laws so if you don’t want me back there then you just follow those,” Roban said.

“I love my country. I think we deserve a lot better than we are getting now,” he further said of his motivation…

“You are representing a body that is responsible for promoting a sector of our country that accounts for 20% or even more even more of our GDP; you must give some sort of account. I mean- imagine if you had a for-profit organisation and you have a CEO running it for 12 years and your gross revenues are the same as when the CEO started, would you say that that is a success?”