In God’s presence ‘they are guilty’ — John 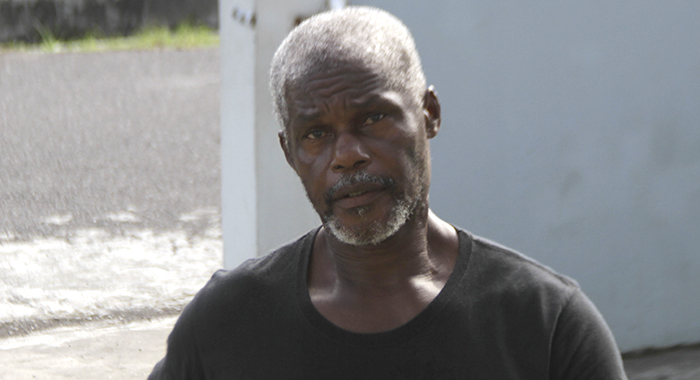 The virtual complainant, Cornelius John outside the court in Calliaqua on Monday, Nov. 15, 2021. (iWN Photo)

While the court acquitted the two people charged in connection with the gunshot to his left leg at his home on April 13, Cornelius John said that God sees them as guilty.

“I had expected that. Seeing the type of people, the work they hold, the position they hold. And being a man of God, God already told me what would have been the outcomes,” John told reporters in Calliaqua on Thursday, after the court ruling.

Magistrate Bertie Pompey upheld no case submissions and acquitted government senator Ashelle Morgan, a lawyer and deputy speaker of the house of Assembly on a charge that she assaulted John, at  Diamond Estate, on April 13.

Karim Nelson was also acquitted on charges that he unlawfully and maliciously wounded John and unlawfully discharged a firearm at him, also at Diamond Estate, on April 13.

“Being a man of God, following in righteousness, the Holy Spirit already told me these people — they can get around the court of law with man, but in His presence they are guilty,” John said.

“He said he would not destroy them at this time. He would leave them to get wealth but if he destroys them, people would forget what happen. He would leave them so they would get wealth. After getting wealth, they will not be able to enjoy the wealth. This case is not about me and me alone. It is about the nation, where God is speaking about injustice in the nation and he himself is going to deal with it.

“From the beginning, I said man can get away with man in the court of law by some way or the other but with God, when you’re guilty, you are  guilty. God has the final say. This battle, they might [have] won it but the victory belongs to Jesus.”

John is awaiting trial on a charge that on April 13, at Diamond, he used threatening language to Morgan.

Asked if he was optimistic that the court would treat him fairly, he said:

“It is a possibility that they would follow their pattern.  The unrighteous is the unrighteous. The unrighteous might be saying right now, ‘Where is your God? Your god didn’t come through for you.’ But this is one battle; the final victory belongs to God.”

5 replies on “In God’s presence ‘they are guilty’ — John”