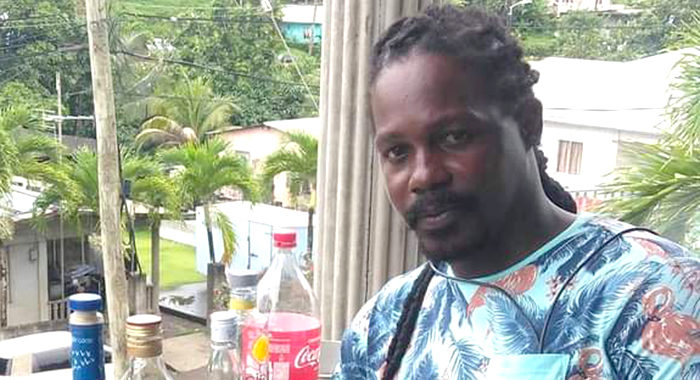 Istah Mack was shot on Sunday night, the second time in four years.

A Chester Cottage man is pleading with the police to arrest and charge the men he suspects of shooting him Sunday night, the second such attack on him since 2017.

Istah Mack, 37, told iWitness News that he believes that he was shot by three men in the community.

Mack told iWitness News that he believes the shooting is yet another attempt by the “Soowoo Crew”, a group that operates in the area, to exact revenge for the May 23, 2015  killing in Byera of Ronique Phillips, a 20-year-old bartender of, Chester Cottage.

One of Mack’s nephews was charged in connection with that killing but was acquitted.

Mack told iWitness News that he went to visit his mother in another section of Chester Cottage sometime after 8 p.m. Sunday night and was sitting at her gate, when he saw two men, including one who he alleged procured guns for members of the crew.

He said that sometime later a third man joined the duo at a house and the three men were speaking.

Mack said that two of the men “disappeared” leaving the other behind.

He said he heard the man say, “that’s the way it is” and then gunshots rang out.

He was taken to the Georgetown Hospital, where he was treated and discharged on Monday morning.

This is the second time that Mack is being shot, having come under a gun attack in the community on April 6, 2017.

Then, on Aug. 5, 2017, Mack’s brother, Zeno was shot in the chest outside his home, an injury he survived. Some hours later, the Mack brother’s nephew came under gunfire outside the house, but escaped unscathed.

The shooting led to their sister, Inesha Mack, 31, of Chester Cottage, using iWitness News to appeal for police intervention.

On Monday, Istah told iWitness News that he believes that the shooting is reprisal for the 2013 killing in Byera.

“From since the killing that go on at the karaoke at the tunnel, they claimed to say my nephew was involved. They say anyone they get they taking out.

“Them done give me two gunshots already and nothing come out of that,” he told iWitness News.

Mack said he would like the police to arrest the suspects before they kill him or one of his relatives.

“Them say a Mack is a Mack and they have to kill back somebody. From the time this guy comes, bare gunshot in Chester,” he said, recurring to the alleged leader of the “Soowoo Crew”, who he said is based overseas and is home on vacation.

“Me go really like something to go on with this because my life at risk,” Mack said.

He noted that his nephew was charged in connection with the 2013 killing but the case was dismissed.

“But it seems like they are not satisfied. The whole of Chester knows I am not a violent person,” Mack said, adding that he was not even present when the 2013 killing took place.

He told iWitness News that there were witnesses to what occurred on Sunday.

“… but they wouldn’t want to come out and talk,” he said, adding that the area where the shooting occurred was well lit.