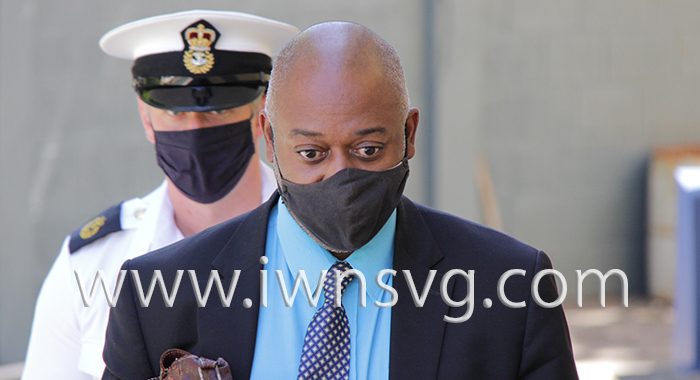 A defence lawyer appeared to have surprised the court last Friday when he asked the court to summon a witness on the day when the court was to give a verdict in an unlicensed firearm matter.

Duane Daniel made the submission at the Serious Offences Court, when Chief Magistrate Rechanne Browne was to hand down her verdict, eight days after the trial of Keithron Mills, 29, of Chester Cottage and England.

Mills was tried on a charge that on Jan. 2, 2022, at Georgetown, he had in his possession a .45 pistol, serial number AOC52189, without a licence issued under the Firearms Act.

The defendant was afforded an expedited trial because of the timelines for his return to his job in the United Kingdom.

When the prosecution closed its case on Jan. 20, Daniel made an omnibus submission, asking the court to rule that his client had no case to answer.

He said that if the court did not uphold the no case submission, he was relying on those same submissions, as his client would not take the stand or call any witnesses.

And, on Friday, when the matter came up for decision, Daniel noted that at the Jan. 20 hearing, the case was listed for decision.

The lawyer, however, said that in his opinion there is an exact issue in relation to knowledge — one of the elements of possession, in law.

Daniel said that the court was aware of the representation that he had made on behalf of his client, especially in relation to the purported statement of one Mr. Simmons.

The lawyer noted that in arriving at a verdict, the court could summon a witness, should it wish to.

Daniel said that he had discussed with the prosecutor in chambers a witness who could be summoned should the court need that assistance.

He said that the defence would be happy to facilitate the court in this way.

The lawyer said that should the court be minded not to summon that witness, he would like to draw to the court’s attention that nothing is known about the defendant, in terms of a criminal record.

As such, the learning is that were the trial taking place in the High Court, Mills would be entitled to good character direction, Daniel said.

That speaks to his propensity to commit an offence, he being of good character, the lawyer argued.

Daniel recommended that these principles be incorporated in the court’s deliberation in respect of Mill’s guilt, especially when juxtaposed with evidence by the prosecution case that immediately before Mills was stopped, there were other people in the vehicle.

He said that speaks to control.

At this point, Chief Magistrate Rechanne Browne asked Daniel if he was making another submission.

Daniel said he is just making sure that “no stone is unturned”.

“As you usually do,” the chief magistrate said.

He said he was awaiting the court’s direction on whether it might be assisted by the additional witness.

However, in response, prosecutor Station Sergeant of Police Renrick Cato said he knows it is within the court’s jurisdiction to summon a witness to assist the court in a trial before the court.

Cato said, however, that in the extant case, the prosecution presented its case, during which the name of the person Daniel spoke of was mentioned.

“The prosecution closed its case. The defence did not give any evidence so I do not know on what grounds the court now can call a witness where during the prosecution’s evidence, the court did  not see it fit to do it at that point in time,” the prosecutor argued.

Cato further argued that if the court needed to clear up anything when the prosecution presented its case, the court would have summoned the witness to testify.

“And then, the defence didn’t give any evidence at all. So, what is there to clear up?” Cato said.

He said Simmons’ name was mentioned because the investigating officer was presented a document and he investigated.

“For him (Mr. Simmons) to come to say whatever he is coming to say, seeing that the defence didn’t give any evidence, I don’t know what is there to clear up as it is relates to the court,” Cato said.

However, Daniel “reminded” the prosecutor of the procedural point as to where they were in the case.

He said that “technically the submissions made were omnibus, but, procedurally, where we are is at a no case submission, at this point”.

Cato said that was not the case.

The chief magistrate interjected and told Daniel that he had closed his case.

You made the no case submission and you said in any event, if that is not upheld, you are making the omnibus presentation and he would not give evidence. And then you closed your case,” the chief magistrate said.

“Exactly. That’s what I said,” Daniel said, but argued that procedurally, the court would have to rule on the no case submission then move on.

He said the decision in relation to the no case submission has not been made.

“Your honour has not pronounced on the no case submission aspect of it. That is the point I am making in terms of procedurally,” the lawyer said.

At this point, the chief magistrate knitted her brow and appeared taken aback by the lawyer’s submission.

“I am sure I said he has a case to answer,” Browne said.

“I am obliged,” Daniel said.

The chief magistrate read from the court’s record that the no case submission was made and overruled.  “’The defence has a case to answer. The defendant chooses not to give evidence.’”

“I am obliged,” Daniel said and sat down.

On the issue that Daniel raised about the court summoning the witness, the chief magistrate said that the name of the person was detailed by the police and evidence of the statement was given.

She said that having heard the evidence that was presented to the court and the cross-examination by the defence she did not think it necessary to summon the witness to add anything further.

“We had the presentation from your end as well as the evidence that came forward from the prosecution’s case with regard to this said person and what happened during the course of the investigation.”

The chief magistrate said that the matter was at the point where the court was to give its verdict.

She found Mills guilty and sentenced him to two years and eight months in prison.