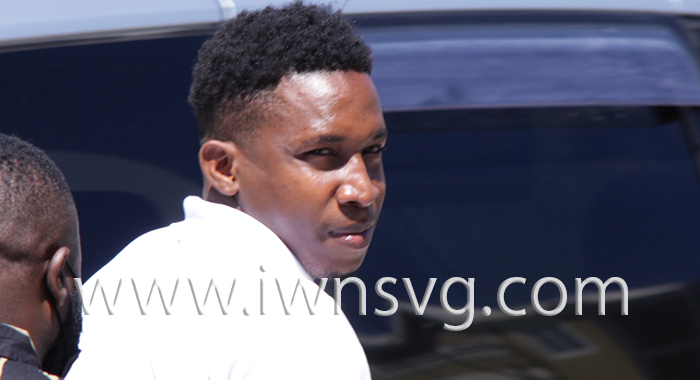 The preliminary inquiry into a charge that a Vincentian in the British Army attempted to murder a man in St. Vincent on Dec. 26, is slated to continue tomorrow (Monday) at the Serious Offences Court.

Mack was shot four times in his village on Boxing Day.

On Monday, defence counsel Duane Daniel is expected to continue his cross-examination of the key witness in the case.

On Friday, the court also heard the evidence of the virtual complainant and gave the investigating officer, Corporal Stay, two days to complete work on the investigation, as ordered by the prosecution.

Duane Daniel is representing the accused and Station Sergeant of Police Renrick Cato is prosecuting.

The preliminary inquiry began on Friday, the same day that the same court jailed another Vincentian in the British Army, Private Keithron Mills, for two years and eight months for possession of an unlicensed firearm in Georgetown on Jan. 2.

And, one week earlier, on Jan. 21, Private Bentley Butler, another Vincentian in the British Army, who, like Phillips and Mills are also of Chester Cottage and England, was freed of an unlawful discharge of firearm charge.

The chief magistrate dismissed the case against Butler after the virtual complainant, Emi Balcombe, a 17-year-old labourer, failed to attend the trial.