Court to rule on protest traffic charges against van man 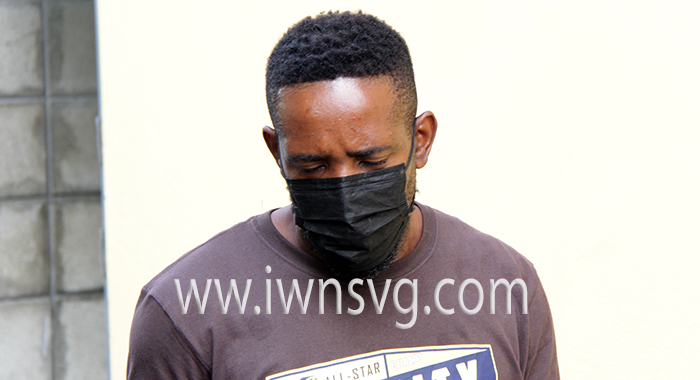 Chief Magistrate Rechanne Browne will, next Wednesday, Feb. 23, hand down her decision in the case in which an omnibus driver is charged with three traffic offences in connection with the protest in Kingstown on Aug. 5, 2021.

The court reserved its decision after hearing on Wednesday the evidence of the final defence witness Adrianna King, who corroborated the account of the defendant, Ken Findlay, 34, of Belair.

The court, however, did not accept into evidence a video of the incident, which King said she had extracted from her Facebook Live broadcast of the incident.

The prosecution objected to the video over issues of identification of the disc to which King said she had written the video, which she said she had downloaded from her Facebook Live broadcast.

Findlay is charged with failure to remove his vehicle, obstructing traffic, and failing to give his name to a police officer.

When he took the stand at the Serious Offences Court on Feb. 9, Findlay said that on Aug. 5, 2022, omnibuses from Belair drove together into Kingstown and joined the protest.

He said that there were about 15 vans, which made one or two laps around the city with the protesters.

After making the laps around Kingstown, the buses were stationed in front the High Court building in one line in one lane, Findlay told the court.

He said that the vans were parked very close to each other.

“I was third in the line. I Got there about after 1 p.m.,” Findlay said, adding that he remained parked there all the time.

“Police officers were there and plenty protesters,” he said.

Findlay said that the windows of his van were up and the air condition was running.

“I noticed Colin John with couple other police by the vans in front. When I look I see he coming down,” Findlay said, adding that he knew the police chief before.

“He attend plenty outing with me in Belair right below where I’m living, all in Top Belair. I don’t know if he grow up in Belair, I know he living there.”

Findlay said that John came by his van and started to beat down on the glass.

“I wind down my glass then he said, ‘Move this van from here.’ I say, ‘I cannot move if you not telling the vehicle from in front me or behind me.’

“Then me girlfriend said, ‘Colin John, that’s the way you speak to people?’ He send in his hand, hit me in me chest and grab my jersey and pull me.

“So I said, ‘Mr. John, what all that for. He said, ‘Yo nah hear me say move?’ He opened my door, hit me in my chest, pull my jersey and tell the rest officer who were there with him to take me around.

“Til then, he never asked me my name. Nothing. I walk go round with the police them. They put me in the cell. I was there til the next day until probably around lunch time they come for me and charged me.”

Findlay said he was working on Feb. 4 and was in Sion Hill driving towards Kingstown, when officers Corridon and Caesar were on their way out of town.

“My van was full of passengers, they stopped me and told me not to pickup anybody else, they want me in the station.

“I asked them what for, what I did. They said, ‘Just follow me.’ They carry me in the station and when I came out the van, I asked him, ‘What I do? What this for?’ He said come in the station and you will know.  They put me in a room to sit down and tell me to wait and then he read it out for me and then tell me go by my way,” Findlay said, referring to a charge that he failed to give police his name on Aug. 5.

During cross examination by Sergeant 444 Jones, Findlay said that he did not know where omnibuses are to park in Kingstown when they are no operating.

He said that when operating the omnibus, he is supposed to stop at bus stops and the bus terminal.

Findlay agreed with the prosecutor that where he stopped and parked his vehicle on the day in question was in the public road.

He said that the vehicles behind him were not able to move forward by much. “We were parked very close.”

Findlay said that his van was not broken down on that day.

“What was your intention when you parked your van on the street?” Jones asked.

He denied parking the van in the area to cause an obstruction to the traffic.

“The reason the vehicle was parked there is because the road was already blocked off. They had already diverted the traffic. I don’t know who blocked off the road but cones were there for the protesters.

Findlay disagreed that police had to divert traffic from around town because of where he parked his van.

“No, the traffic was already diverted,” the defendant said.

Findlay said that a driver known at Knuckle was parked infant of him at the time.

“When he (police chief) got to me, they were looking for Knuckle. Knuckle was not at the van. I don’t know when Knuckle move. I been done get locked up.”

“Can you say whether he was located?” the prosecutor asked.

“At the time I got locked up, I know he didn’t get located because his van was still there.”

Jones asked Findlay who gave him permission to drive though the cone. He said nobody.

During re-examination, Findlay said that he could not remember how many police officers were present when he through the cone, but the officers were lined up along the protesters.

“Did the police stop you?” his lawyer asked.

“No. Nobody stopped us,” Findlay responded.

“When you said you all drive through the cones, you mean the line of vans, right?” Bacchus Baptiste asked, and Findlay answered in the affirmative.

“And your van was not in front?” she asked.

“My van was third,” the defendant responded.