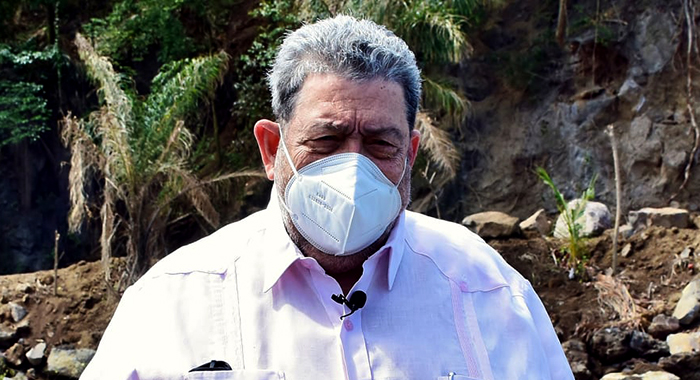 Prime Minister Ralph Gonsalves is travelling to Venezuela and possibly to Cuba for medical attention, after “an excruciating pain” on his right side kept him awake Thursday night.

Gonsalves, 75, said he received medical attention locally on Friday — Good Friday — but was advised to do a full check up.

He said his initial plan was to travel directly to Cuba, but will go to Venezuela first, because of insistence “from the highest level” in Caracas.

Gonsalves said that he is likely to miss the royal visit on Saturday.

He made the announcement on radio, saying:

“I wanted, by way of this medium, to indicate that I am going to be travelling to Venezuela and possibly to Cuba for medical attention.

“On Thursday night, I didn’t sleep well. I had an excruciating pain on my right side and I went into the hospital on Good Friday, was attended to and looked after quite well by local doctors and other health personnel.

“But, I was advised to go and do my full check up. I did one last year in July and I was going straight to Cuba but the Venezuelans insisted that I come there. In fact, the insistence is from the highest level. So that’s where I am going today.

“In all probability, I will miss the visit of Prince Edward, Earl of Essex and his wife who are coming to St. Vincent for one day on Saturday,” he said.

The prime minister noted that the royals are coming on behalf of the Queen, who is celebrating her Platinum Jubilee — 70 years on the throne.

He said he has written a letter to the earl, which will be transmitted by the Cabinet Secretary, Kattian Barnwell-Scott.

“I spoke to the governor general. I just wanted to indicate formally, this is the only place over the weekend that I can make the information known to the public. I didn’t just want to go off and persons hearing second hand.”

17 replies on “PM Gonsalves travels to Venezuela for medical attention”