‘Like something just riding me’ in prison, man tells court 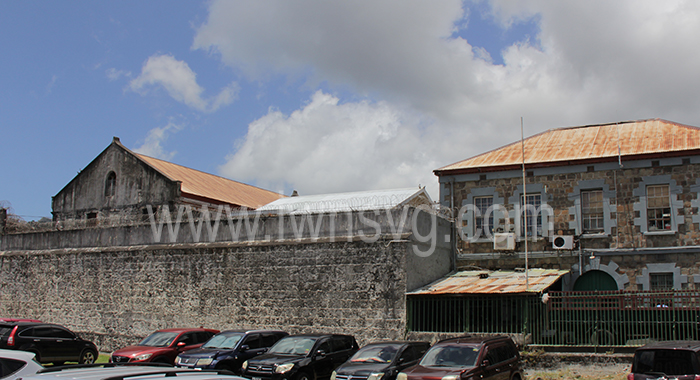 Her Majesty’s Prisons in Kingstown.

A man who was remanded to prison for 15 days while he awaited sentencing for assaulting his estranged wife, said it was a “terrible experience”.

“You are back before me now for me to sentence you. But before I do, how was your 15 days?” Senior Magistrate Rickie Burnett asked Matthew Haynes at the Kingstown Magistrate’s Court.

“It was terrible. First night I went down there like something just riding me. I don’t know if it is a jumbie or what. And the facilities round there —” Matthew Haynes told the court, on April 19, not completing the thought.

“So you are ready to go back round there to do a longer sentence?” Burnett said.

“The point is, you were sent to a place where you can go if you give effect to the intentions that you seem to have had in your head.

“That is a perfect place you can go. So you cannot be confronting your wife in an aggressive way with a weapon and not only that, you gave notice of it before. You can’t do that.”

“I understand that,” Haynes said.

On April 2, at Belmont, Haynes assaulted his wife, Christiana Haynes, with intent to commit an offence, to wit bodily harm.

“Based on what I heard, you all are only husband and wife on paper,” Burnett said. “She has moved on. You have moved on?”

“Not as yet,” Haynes said. “I would like to move on with my wife and operate my life on another standard.”

Burnett told Haynes that on the last occasion that they were before the court, his wife had said that she had no interest in him.

“I appreciate what she said. She has moved on with her life. If I have to move on with my life, I’m satisfied.”

Mr. Haynes told the court that he had promised himself to be a different person.

“Because I can’t catch back up on what already gone so I have to be focused now on myself and the future… From here, I will never ever interfere with her again. I just want to move on with my life and she moved on with her life.”

The magistrate told the defendant that if the marriage is done he should consider a divorce.

Haynes said he would try to get help from his siblings in obtaining a divorce.

“What is important is that you are going home today but have nothing to do with the lady,” the magistrate told the defendant.

The defendant asked to be allowed to say something to his wife.

“Misses, I want you to take this from me. In the presence of everybody, I am sorry for all the wrong I have done to you. You were so good in my life but mistakes do happen. I appreciate everything you’ve done for me… Deep within my heart, I have no animosity against you. You are still my friend,” he said.

Haynes told his wife that should she need help, he would be willing to assist.

Mrs. Hayne said she told her stepdaughter that she had no cause there and if she heard something about her father, she should go to him to find out what happened.

The magistrate advised the woman to make a report to the police, which she said she had done.

The magistrate bonded Mr. Haynes for one year in the sum of EC$4,000. If he breaches the bond, he must pay the amount forthwith or spend nine months in prison.

After the sentence was handed down, Mrs. Haynes said that her husband was in the habit of going to her relatives if he cannot get on to her or find her.

“Well, he is on a bond now,” Burnett said, adding that Mr. Haynes would appreciate the conditions of the bond

“Now, this is big people court. The last time, you told me what you were going to her for. Get that from somebody else.”

4 replies on “‘Like something just riding me’ in prison, man tells court”