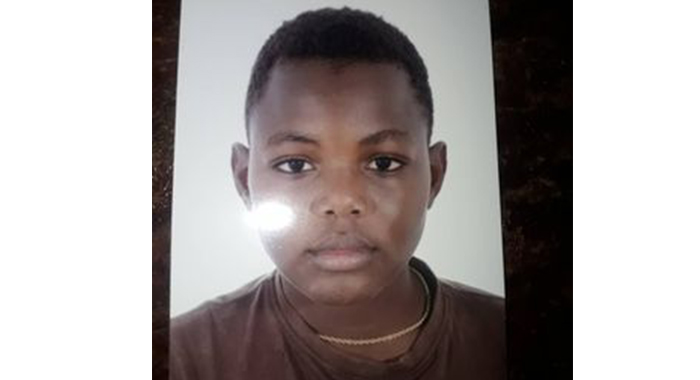 A Diamond Estate woman who lost a son to gun violence last year, is trying to locate another son, who has not returned home since Aug. 10.

Silvia Henville told iWitness News, on Saturday, that she sent her 14-year-old son, Loris Henville to take some fish to his father in Carriere on Aug. 10 and he has not returned home since.

She said she called the child’s father, Felix Browne, on Wednesday, telling him to send Loris home so he could prepare for school next week.

However, Browne said that Loris had left the same day after delivering the fish, Sylvia told iWitness News.

The mother said that her son also goes by a woman in Belair and when she checked with that woman, she was also told that the child was not there.

The mother said she reported the matter to the Criminal Investigations Department, in Kingstown, and the Stubbs Police Station, on Friday, and gave them a photograph of the child.

Loris, a Form 2 student of St. Clair Dacon Secondary School, was last seen wearing brown short pants, a green t-shirt and a black and white Nike slipper in the area of Diamond Estate.

His mother is raising the alarm 17 days after she last saw the child, although she said that when she called his father on Aug. 10 he told her that the child had already left for home.

She, however, said that she was not concerned when he did not come home because the child had told her that “one of these days” he would go and live with his father, as he had no one to look up to after his older brother was killed.

She said that when he did not return home she assumed that he had gone to live with his father.

Henville told iWitness News that her older son, Luciano Henville, was shot and killed in Victoria Village on May 15, 2021.

She is asking anyone with information about Loris’ whereabouts to contact her at +1784-434-3418 or the nearest police station.

Repeated calls to a number that Henville said was Loris father’s went unanswered on Saturday night.

The woman speculated that her child’s father might have stepped out and left his phone at home, saying that she, too, was unable to reach him.