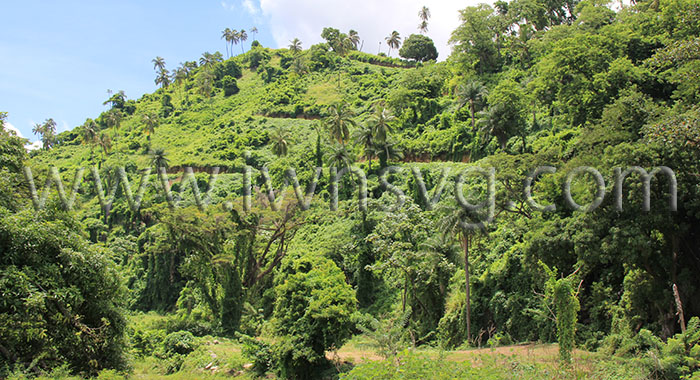 The government’s capital programme would be impacted if the operationalisation of investor Rayneau Gajadhar’s quarry in Richmond is delayed by a year, as he has indicated.

Prime Minister Ralph Gonsalves told the media last week that the 30-year lease agreement that his government has with Rayneau’s company for 59 acres of land at  Richmond includes timelines by which the quarry must be set up.

“I recall that there are timelines, but I don’t know whether the timelines were directory or mandatory. I’ll have to check that,” Gonsalves said in response to a question at a press conference.

Gagadhar said in January that the quarry would be established within six months, but he told iWitness News last week that it would be another year yet, as there is more soil in the area than he thought, having relied only on data from the government.

In February, amidst opposition to the project, Gonsalves told Parliament “… we absolutely need the quarry for the purposes of the construction industry, for the state and for the private sector”.

He said last week that Finance Minister Camillo Gonsalves had indicated that Gajadhar has been attempting to reach him (the finance minister).

“It appears as though he sent a message. So I suspect he probably wants to discuss the matter,” the prime minister said.

“You would, no doubt — from the very inception when Minister Francis was the minister of Lands and Transport and Works that he was the one who was dealing with this particular matter,” Gonsalves said of government senator, Julian Francis, who has been off the job since suffering a stroke in July.

“… if what he told you is what he intends to pursue, I think it would have some impact on the capital programme, because you have to get aggregate,” the prime minister said, referring to Gajahar’s comments to iWitness News, regarding the revised timeline for the operationalisation of the quarry.

“And if they don’t come from that source, you have to try and get them from other sources,” he said.

The government has said that the quarry is important for the timely completion of the EC$600 million port being built in Kingstown, with 2025 as its targeted completion date.

“In relation to the port. I think some of the fill material, which they want, they look as though they can get from another source. I don’t know all the details. So I don’t know to what extent that is going to necessarily affect the port if they have the alternative source.

“Well, maybe he’s looking elsewhere. I don’t know. I don’t know the details of those,’ the prime minister said.