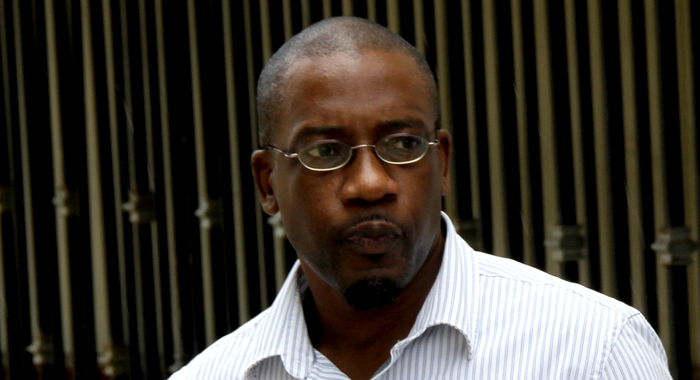 The murder trial of former journalist Junior Jarvis continues at High Court No. 1, in Kingstown, on Tuesday, with the testimony of a crime scene expert detective Police Constable, Joel Williams.

Williams was the first witness called by the Crown when the trial opened on Monday.

Jarvis, 52, is charged with murder in connection with the Feb. 14, 2017 shooting death of banker Randy Lawrence, 39, at Arnos Vale.

He faces a number of other charges, including attempted murder of Josette Smith and abduction of Arisha Pompey, his ex-girlfriend.

The prosecution, which is led by Director of Public Prosecution, Sejilla McDowall has indicated that they intend to call 45 witnesses.

The prosecution has told the court that the trial is likely to last about six weeks, but defence counsel, Kay Bacchus-Baptiste has pointed out that four week, is a more realistic period.

The prosecution and defence have agreed that some witnesses’ evidence will be formally read into the record, and some witnesses, who are overseas, will testify by video link.

Jarvis is also charged with two counts of use of a firearm to aid in the commission of an offence, and one count each of aggravated burglary.

He is also being tried on one count of assaulting and causing actual bodily harm to Pompey.

The Crown is alleging that Jarvis murdered Lawrence several hours after they had an argument at Chill Spot, an entertainment venue in Arnos Vale.

The accused man is said to have then gone to Smith’s house with a licensed firearm he had acquired five days before the shooting.

He is accused of attempting to murder Smith by discharging the firearm at her, and using the firearm to take Pompey from her house to another area of Arnos Vale.

Jarvis, a father of five, is facing a murder trial four decades after his own father was convicted of and executed for murder.

One reply on “Murder trial of former journalist begins”