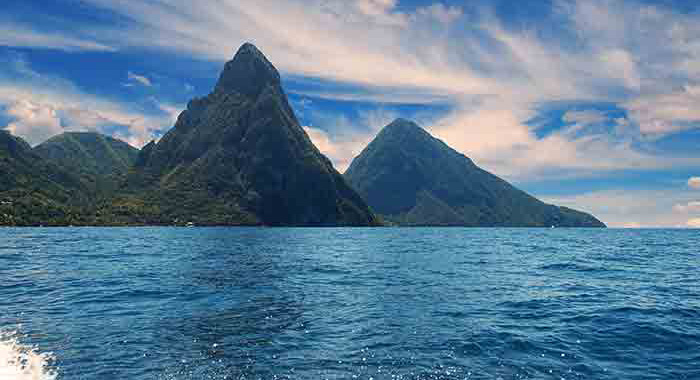 Caribbean Travel Movement, which, on Thursday, announced a weekly ferry service between St. Vincent and St. Lucia said that the trips will go ahead but that a different ferry service will be used.

The company had told iWitness News on Thursday that the Kingstown-based ferry company would provide the service between both capitals.

However, on Friday, a woman claiming to be an employee of Bequia Express contacted iWitness News via telephone demanding that the photo of the company’s ferries be removed from the article.

Caribbean Travel Movement then issued a statement offering a “clarification” saying that it has been “in discussion with Bequia Express and a few other service providers for the chartered service early next year”.

The organisation, which says it is was established in 2015 and is legally registered, said on Friday that from initial discussions and date confirmations by Bequia Express, “the response was in the affirmative, hence why we mentioned their vessel would be doing the chartered run”.

Caribbean Travel Movement said that they confirmed with a named representative of the company “that it is fine for us to run the ads, showcasing the vessel so customers would know which vessel upfront.

“We are still in preparation mode and put the release out as a feeler for interested persons from the general public as our trips are primarily private.

It said that its “misstep” was that “we have not confirmed arrangements with the company’s local agent in St. Vincent as we have been waiting for a response from them for over a week now.

“Here-in (sic) lies the problem and miscommunication with the local agent confirming that she did advise Bequia Express to disassociate with us on the premise that we did not wait for her response,” Caribbean Travel Movement told iWitness News in a statement.

Caribbean Travel Movement said its press release “did not mention Bequia Express specifically as we plan to use different vessels for our trips, more so because Bequia Express cannot be available to us for all the dates we require.

“Additionally, some of the ferry trips will also be cargo only, and we are already aware of the relevant documents needed as we currently do ship cargo between the islands.”

The company did not mention Bequia Express in its press release but, when asked, told iWitness News that that Bequia Express would provide the service between Kingstown and Castries.

It did not name a replacement company in its press release on Friday.

“It is unfortunate the company chose to reach out to the media before seeking clarification from us. We would have explained that it was miscommunication somewhere along the line and worked at fixing the issue right away, to avoid the crisis unfolding now. The same way in which both Bequia Express and CaribbeanTravelMovement sorted out a similar issue about a week ago,” Caribbean Travel Movement said.

“CaribbeanTravelMovement is an extremely young company run by young people like myself who are trying to make a difference in our region. We understand that we will make mistakes, there will be hiccups etc. We simply will continue to pray that we are allowed a chance in this large ocean where attempts at stifling a tiny organization will subside. Where others would consider love and unity first.

I would like to take this opportunity to wish Bequia Express the best. We apologise for any inconvenience we may have caused. We have not changed position and would still like to work with them providing they would give us the chance to do so,” continued the statement signed by S.K. Peter.