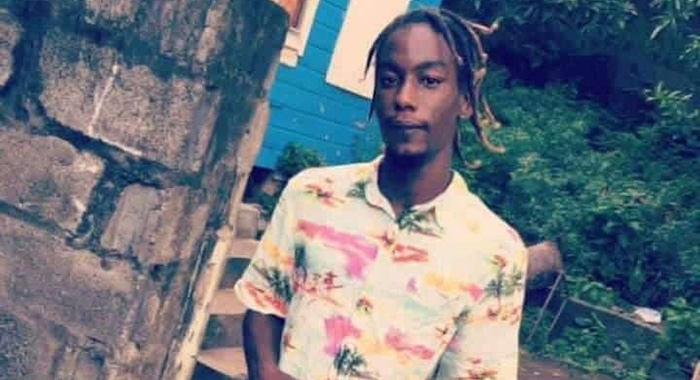 The deceased, Seage John in an undated photo.

Police, on Tuesday, broke their silence on their shooting death of a man in Rose Place two days earlier.

Police said that they shot Seage John, of Ottley Hall/Layou, during an “armed confrontation” in Rose Place.

The police Public Relations and Complaint Department said in a statement that on Sunday, Jan. 1, 2023, members of the Royal St. Vincent and the Grenadines Police Force conducted an operation in the Rose Place community.

“During the operation, a man who was armed with a gun fired shots at the Police. The Police returned fire and the gunman was shot in the process. He was transported to the Milton Cato Memorial Hospital (MCMH) for medical attention. He was later pronounced dead by the District Medical Officer (DMO). The deceased was later identified as Seage John of Ottley Hall/Layou,” the statement said, adding that investigations are ongoing.

A woman who answered the door said, “We ain’t giving no report. No interviews.”

The police statement on John’s death came two days after they issued a statement on Jan. 1, death of Selwyn Foye, a 46-year-old farmer of Carriere, Mesopotamia, who died after he was found along the Collins-Evesham bypass road with gunshot wounds about his body.

John had made national headlines on a number of occasions, having been charged with serious crimes, including attempted murder.

The men were also charged that with intent to discharge a firearm within 100 yards of the public road, to wit, Grenville Street, Kingstown, they did an act which was more than merely preparatory to the commission of the offence.

In September 2018, John was charged along with Kimron “Fish” Peters, 25, of Biabou and South Rivers that on Sept. 8, 2018, at Kingstown, being armed with a gun, they robbed Euilton Wilson, a 45-year-old gardener, of Twenty Hill, of one black cellular phone with a Digicel SIM card, value EC$165 and EC$200 in cash, Wilson’s property, and at the time of the robbery and in order to do so, used force on Wilson.