Saboto to address prices of Vincy produce in on regional market 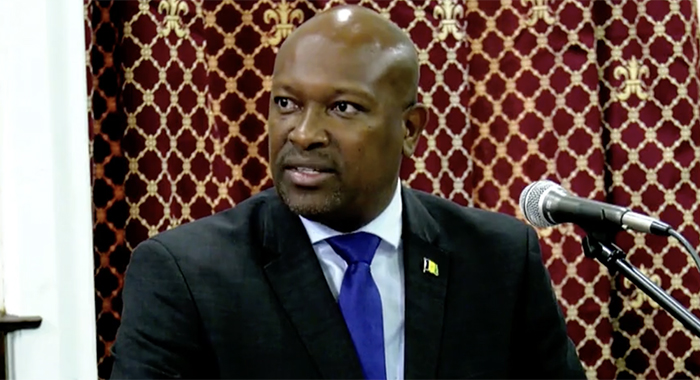 Agriculture Minister Saboto Caesar says he will address this year the issue of how much Vincentians are paid for agricultural produce on the regional market.

“In 2023, a very important marketing intervention will take place,” he told the Budget Debate, adding that his ministry has compiled a list of commodities and assessed the production costs for each, including the increased costs in fertiliser.

“… and we recognise that there was a significant problem, in that some of our traders, commonly referred to as traffickers, are not able to negotiate proper prices in the marketplace and many farmers are paid below the cost of production,” Caesar told Parliament.

“That must end in 2023. You can’t have a sack of dasheen with 100 pounds in it and the cost of production is $1 per pound and somebody wanting to buy it from you for $40,” the minister said, adding that it has taken “a very long time to get to that discussion”.

Caesar said he also wants to speak with purchasers of Vincentian agricultural produce in Trinidad and Tobago.

“Because before we put together a framework whereby we will conclude the consultations here with the food producers, ensuring that every dasheen farmer must know the minimum price that dasheen should be sold for. It could go higher. But there is something called cost of production. And you must not sell your commodities for a value below the costs of production,” the agriculture minister told lawmakers.

“There are many exporters who hitherto, prior to the pandemic, would travel on a weekly basis in Trinidad and Tobago and sometimes to Barbados and some are not able to do that now,” he said.

“And that is one of the reasons given why they are not able to properly negotiate the prices and very low prices are coming out of the marketplace. But in 2023, I give my commitment to the process of ensuring that our farmers get a better price for their produce,” the agriculture minister said.