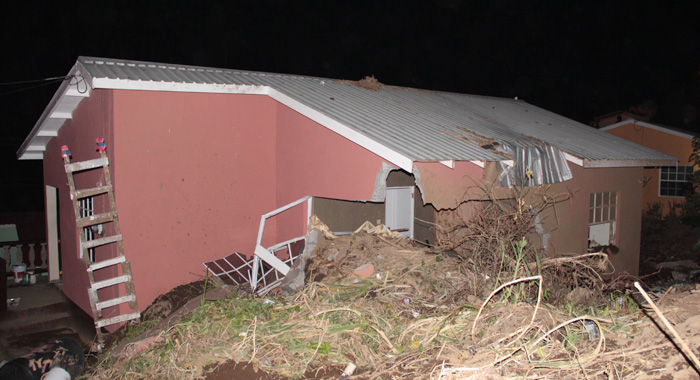 Raymond Gonsalves, who died when a landslide crashed into his house, will be buried today. (IWN photo)

St. Vincent and the Grenadines will today, Saturday, Jan. 4, bury the first of the nine persons who died as a result of floods and landslides triggered by a trough system on Christmas Eve.

Raymond Gonsalves, 62, of Manning Village, Byera, who died when a landslide crashed into his home, will be buried today after a service at 1 p.m. at St. Joseph’s Roman Catholic Church in Belle Vue.

Raymond is a cousin of Prime Minister Ralph Gonsalves, who last week highlighted the irony of the circumstances surrounding the death.

Speaking at a meeting national and regional disaster responders in Kingstown, Gonsalves noted that Raymond was among persons moved from the seafront where they were susceptible to the ravages of extreme weather, to Manning Village, Byera.

The new village was named for former prime minister of Trinidad and Tobago, Patrick Manning, whose government helped to fund the project.

“So, he has moved from one disaster point, … he goes from the beach, from the seafront, to somewhere else and is dead,” Gonsalves said.

Meanwhile, in during a visit to Manning Village last week, resident Annetta Williams told reporters how Christmas celebrations were disrupted as a result of the death and her request that the authorities cut the coconut trees above the village.