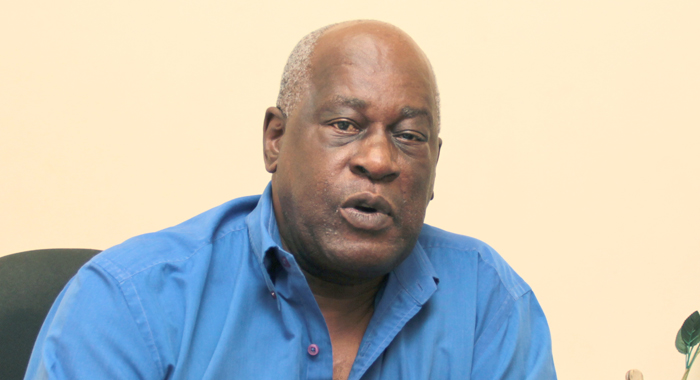 This is an open letter to the government, as there is no one in government to whom I believe these concerns can be addressed specifically. I write this letter as a Parliamentarian with responsibility for shadowing the Gender Affairs Ministry in St. Vincent and the Grenadines. I also write this letter as a woman, and a woman who has seen the catastrophic effects of abuse in our society.

The New Democratic Party embarked on a mission to engage with this country’s women whom we believe have been enduring victimisation, domestic and sexual violence in unprecedented numbers over the past decade. This conversation started on March 23, 2015 at our party headquarters.

The issue of domestic violence and violence against women and girls is not a new issue, and our designation as a nation where this type of violence “runs rife” is internationally prescribed. We therefore think it is a matter of critical importance to speak about the situation and to seek to address the complexities of fixing this issue today. The conversation we feel, is long overdue.

The NDP was approached by Kate, a woman we did not know before, who told us her story and her desire to speak out and to give her voice and experience for those who are trapped in situations of domestic violence and abuse, where they have for the moment lost their own voices. We listened to her, understood how her testimony could help others in similar situations and the NDP gave her the opportunity to speak. She was brilliant, eloquent, genuine, in her presentation and she moved everyone who listened.

Today, two days later, I have listened to the response of Elson Crick Communications Consultant for the Government of St Vincent and the Grenadines.

On STAR FM, Elson Crick, engaged in naming and shaming Kate, in a presentation where he disclosed private personal details about Kate, including her changed name, deportation details, travel details and dates and date of birth. This information would only have been available to him as an employee of the government in a privileged position. That he would so viciously attack this woman, who has lived through violence and abuse over the years, with no thought for her personal safety, or the message being sent by his vilification of her character can only be an unconscionable act of wanton recklessness and malice. Surely, this could not have been government approved.

I would hope that the government did not and does not sanction his conduct. I would hope that he was not instructed by the Prime Minister Dr. Ralph Gonslaves or the Minister of Foreign Affairs Camillo Gonsalves to behave as he did.

In such a case, the only recourse open to the government is to demand the immediate resignation and removal of Elson Crick from all aspects of government. To refuse his dismissal is to endorse his comments and to adopt them as the government’s position on how to treat with domestic violence and abuse survivors. His behaviour and utterances are totally unacceptable, and MUST NOT be tolerated by any government that describes itself as upholding the constitution of our nation and the human rights of our people.

4 replies on “Elson Crick must go!”