Death of old man in Lowmans house fire a ‘homicide’ 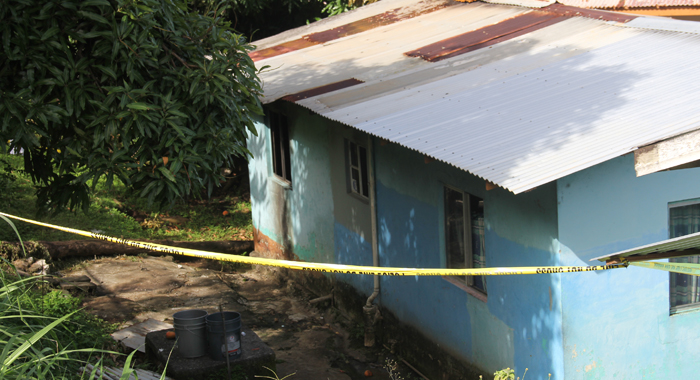 The fire started at the back of the elderly man’s house. (IWN photo)

Police said Wednesday that they have classified as a homicide the death of a senior citizen of Lowmans (Leeward) who died Saturday morning, about eight hours after a fire at his house.

Detectives have concluded that a Molotov cocktail (“flambeau”) was used to start the fire at the home of the man, 82-year-old Berkley Nanton.

Nanton, a cancer patient, lived with his son and grand son, but was at home alone when the fire started.

Police say Nanton’s body was discovered with extensive burns during the house fire about 8:30 p.m. Friday.

(Read below our initial report on the fire)