‘Those of you who don’t like AIA, please take a boat’ — Glen Beache 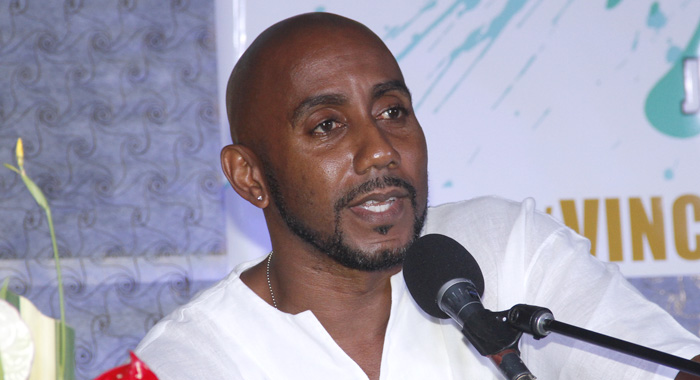 Glen Beache, the man at the helm of the state agency responsible for marketing St. Vincent and the Grenadines (SVG) as a tourism destination thinks that those who do not like the nation’s international airport should travel by sea.

Beache was lashing out in response to the latest in scores of opinion pieces by C. ben-David on the Argyle International Airport (AIA), which opened in February 2017, six years behind schedule and at twice the initial estimated cost.

He, however, did not say whether those persons who he advised to take a boat rather than using AIA should have any say on whether their taxes are used to service the debt on the EC$700 million facility, contribute to the EC$21 million to operate it annually, or the millions of dollars that some citizens suspect the government is spending to subsidise international carriers flying to the airport.

In the opinion piece, “The painful future of nonstop international travel to Argyle airport”, published by iWitness News on Sunday, ben-David said that even with the middle of year approaching (an apparent reference to Vincy Mas and the summer period), prospects of additional nonstop flights to AIA “are unlikely”.

“What we know about visitor arrivals since AIA began operation on Feb. 14, 2017 also allows an estimation of how many of this year’s visitors will be bona fide foreign tourists as opposed to diasporic Vincentians,” ben-David said.

Ben-David has said in his comments on the iWitness News website and elsewhere that he is a retired university professor who holds a doctorate, but uses a pen name because he wants readers to focus on his ideas rather than on his identity.

In his piece, ben-David presented a table of “Estimates of 2018 Stayover Nonstop North American Arrivals at AIA”, which he said were based on a number of “assumptions”.

Beache, in a style that even Prime Minister Ralph Gonsalves has chided him for, released a lot of heat but very little light when he said on the iWitness News Facebook page:

“This story is the best joke for 2018 so far. All I will say is This, his numbers are wrong and he Cates (sic) about is trying to get rid of the ULP administration. For those of you who don’t like AIA, please take a boat. I am sure that will make you a lot happier. Thank you guys for the Sunday laugh”.

The irony of Beache’s response is that in an opinion piece, “Data sharing Vincy-style” published by iWitness News on March 28, 2018, ben-David complained about how difficult it was for him to get data from the Tourism Authority.

He said that the 2016 and 2017 SVG visitor arrival statistics posted on the Tourism Authority web site “were so sloppily formatted that they were almost impossible to read”.

However, despite no fewer than seven emails to various functionaries in the 31-member Authority, including its three statisticians, ben-David said he had received “neither an acknowledgement nor the requested correction”.

Beache, who had publicly said that he was “tired” of the airport because of the repeated delays in construction, seems to think that such frank commentary about the national project is reserved only for some.

He has given similarly condescending responses to commenters on social media and even to iWitness News when we held him to account about an allegation he made about a media entity not attending an event to which he had not invited them.

In the wake of last Sunday’s public relations gaffe, Beache found support among some social media users, some of whom commented in support or “reacted” to this post with “like”, “love” and other “positive” emojis.

It’s the people’s right to question their ‘employees’

However, some commenters also took issue with Beache’s attitude, with some of them noting that while he had said the data in the opinion piece was incorrect, he had not taken advantage of the opportunity to say what the correct information is.

“Sir, it will be better served to post the tourism numbers for educated weighing especially with young people in view,” Camille Janiffa Bradshaw said in response to Beache, a former minister of Tourism and representative for South Windward, who quit electoral politics after one term.

“I cannot imagine anyone with lens on the people, ‘hating’ the airport. Perhaps, persons are of the opinion of better use of funds, view that it was ill timed, the vision stopped at the building without consideration of economics, the potential hardship on generations to come … With the widespread promoted political divide, I am also not ignorant to party over people being in play however, that is simply noise,” Bradshaw said.

“Further, ‘please take a boat’ is unbecoming. It speaks to defensiveness, promotes further divisiveness and stands on a platform of entitlement. Young minds in view, question everything. Public relations is a skill that is greatly lacking in SVG, perhaps a consideration of this opportunity when weighing career paths may serve well,” Bradshaw further said in response to Beache, who has in the past said that marketing and public relations are his forte.

“For the betterment of the nation, better packaging, inclusion of the people with one message and incentives to be brand ambassadors will realize a shift,” Bradshaw said.

Meanwhile, Jason Minors, addressing Bradshaw on the thread, said Beache is “really out of place!!!!

“… soo sad could you imagine they in charge of a country,” Minors further said.

John said that Beache, as one responsible for marketing the SVG tourism product, “ought to be very careful the words he use[s].

John went on to suggest that Beache get a publicist saying that jobs such as the tourism CEO’s “are for national interest not political”, noting that a democracy “gives one the right to question something many in St. Vincent don’t like or appreciate”.

John said that marketing teaches that the 4 per cent of people who keep noise are our best customers compared to the 96 per cent who walk away quietly and do lots of damage.

“Oh how we don’t learn because we are not consistent when it comes to being professional and ethics and civility seem to have no meaning here…” John lamented.

Judy Sally Gordon, referring to Beache by his former title as a minister of government, said, “Dear minister, I thank you for your suggestion in respect to taking a boat as an alternative to flying.

“However, I think it defeats the purpose of the main idea, which is for St. Vincent to have an international airport that’s convenient, reliable, and with affordable flights.”

“What I speak of Mr. Minister is simple supply vs. demand. To those ends, suggesting people take the boat as a so call alternative to using the international airport that was built with tax payers money, and for the soul (sic) purpose of attracting tourists, enhance St. Vincent Economy, create more jobs, and etc., [a] suggestion is for St. Vincent to do a better job attracting airline carriers…”

‘the generation that challenges everything is slowly getting here.’

Ricky Hill, in his comment, stated from the outset that he does not care about politics in SVG, saying,  “it is all a big joke.

“… I’m tired of opinions/viewpoints just being thrown aside just because they are opposing. This happens from both sides,” he added, noting that he was making that point in case someone takes his comments personally.

“I want St. Vincent to do better. I want the airport to be a success, but I also want a fair response to well thought of articles from time to time and not just a ‘please take a boat’.

Hill said he was “especially annoyed by your (Glen Beache’s) response to Camille Janiffa Bradshaw.

“What she said was made sense and once again it was just brushed off. Y’all need to do better here. I’m getting tired of it.”

When iWitness News because aware of the discussion on its Facebook page on Thursday, there was no comment by Beache in response to Bradshaw.

Hill had ended his comment by saying, “I’m working so hard trying to build tourism here in St. Vincent and you’re on here not even trying to have productive conversation about important topics.”