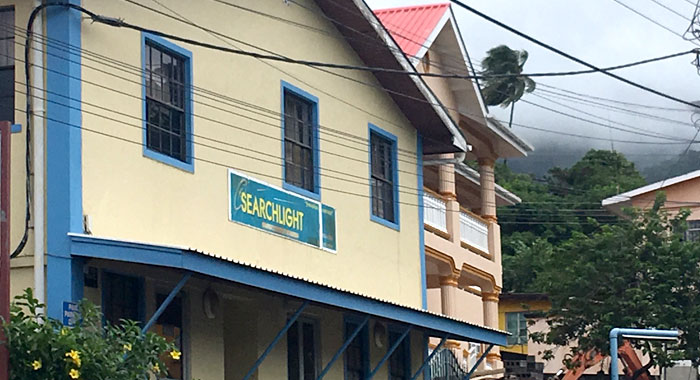 Two former employees of Searchlight newspaper have expressed disappointment with their former boss, saying she fired them amidst accusations that they had leaked, to iWitness News, information that the company was going to downsize.

However, Clare Keizer, editor of Searchlight newspaper and chief executive officer of Interactive Media Ltd., owners of the publication, told iWitness News on Thursday that she had not made any such allegations against her previous staff.

Keizer’s denial comes six months after iWitness News learned that she had accused multiple members of staff, of leaking the information.

“There’s absolutely no truth in that, Kenton. They were terminated as part of the restructuring that we carried out, and their letters said so,” Keizer told Kenton X. Chance, executive editor of iWitness News, whom she fired without explanation in February 2013, six months after he took up a post as an editor at Searchlight.

Asked if she had, at any point, accused the former employees of leaking the information to iWitness News, Keizer said, “I said they were terminated as part of the restructuring.”

iWitness News can say that none of the company’s employees leaked any information to us.

The two former employees spoke to iWitness News recently but requested anonymity for fear that the unfounded alleged accusation could further affect their professional reputation.

One of the former employees, who were apparently first targeted, was a part-time worker who was advised prior to the appearance of the article that due to the planned cessation of the printed Midweek edition, her working hours and salary would be scaled down, but she would continue to work on the weekend paper.

In its story, iWitness News cited its source as saying that Searchlight would cease the printing of its midweek edition and that it would continue only in digital format.

We also announced that the company was considering sending home one employee from each of its departments amidst reports that the management of the company had summoned its shareholders to a meeting a few weeks earlier and had asked them to invest more money.

After the publication of the iWitness News report, Searchlight published a news article announcing the job cuts and an end to the print edition of its midweek publication.

The former employee said that she was informed that the restructuring process, which included some lay-offs, was scheduled for the end of April.

“Thereafter followed a bizarre sequence of events, in which I was fired, rehired and subsequently fired again in less than a week,” the former staffer said.

Two days after the iWitness News article was published, the female employee received a call from Keizer, informing her that, in light of the article, management had decided to advance the restructuring process and make some changes.

Keizer told her that as a result her services were no longer required, with immediate effect, and she was advised where she could collect her severance letter and cheque, the former employee told iWitness News.

“Having some difficulty processing the sudden change from scaling down to dismissal, and suspecting that something was amiss, I called back for clarification and inquired whether I had been somehow implicated in the alleged leakage of the information to iWitness News.  My suspicions were confirmed upon the admission by the CEO that she was convinced that the leak had come from me,” the former employee said, adding that her denials that any such thing had occurred were to no avail.

The former employee said that the following day she received another call from Keizer, indicating that after reconsideration she subsequently believed that the employee had not leaked the information to iWitness News.

Keizer is said to have apologised to the employee and invited her to return to work and to advise accordingly when she had made her decision.

“The day after, I called back, agreed to accept the apology, and asked that the apology and the new terms of employment be put in writing.  I was advised that, as a meeting was in progress, my call would be returned; but that never happened.

“Being concerned that all communication on the matter had been verbal up to that point, I wrote to the CEO, copying the letter to the chairperson of the board.

“I reiterated my denial of providing any information to iWitness News, noted the pain the false accusation had caused and requested the apology and revised terms of employment in writing.

“The next day, I received two letters from the chairperson — one indicated that the company was in the process of restructuring, that my employment was terminated with immediate effect, and outlined the severance payment in respect of an attached cheque.

“The other was a response to my letter to the CEO, indicating that the termination had absolutely nothing to do with any assumption of communication of information to iWitness News, but in light of the anguish I expressed in my letter and the coincidence of the restructuring, a clean break would be best.”

In the interview with iWitness News, the ex-employee indicated she had been invited to join the Searchlight staff on her return home after retirement from a regional organisation and had worked for the newspaper for over seven years, with no problems.

She indicated that this was the worst experience of her career, in which she had worked at senior levels of the education sector, the public service, foreign service and a regional organisation, and had never had her integrity questioned, nor had ever been dismissed from any position.

“I was appalled not only that I had been initially dismissed because the management assumed I had leaked the information, without a shred of evidence and without giving me any opportunity to defend myself, but also at the manner in which it had been done, passing off my dismissal as part of the downsizing process, with the lay-offs being brought forward,” the former Searchlight staffer said.

She noted: “This was an extremely painful experience.  What was most disturbing to me was, had I not confronted the CEO with my suspicion and got the admission of the underlying reason for the dismissal, I would have remained guilty of leaking the information as far as the management was concerned and that undoubtedly would have reached the public domain, if it hadn’t done so already.”

She also expressed amazement that rather than getting the written apology and employment terms, she had instead been fired again, although she had done nothing wrong; that the accusation had been dismissed as being the root or any part of the issue; and that the members of the board, of whom she formerly had considerable respect for several, had clearly condoned the whole fiasco.

She concluded: “While I am pretty close to the end of my working life, this kind of unprofessional, unprincipled and disingenuous approach to management exhibited by Interactive Media Ltd, particularly in respect of its human resources, could be detrimental to the careers and lives of young employees.  They need to take a long hard look at their modus operandi.”

The other ex-employee, who had also been with the company for years, was among those slated to be laid off in the downsizing process, and had been so advised prior to the publication of the article.

He subsequently became the target of the accusation.  He, too, expressed the distress he had experienced from the false accusation and described the manner in which the issue had been handled as “unprofessional”.

Within recent years, there has been a significant turnover of staff at the Searchlight newspaper.