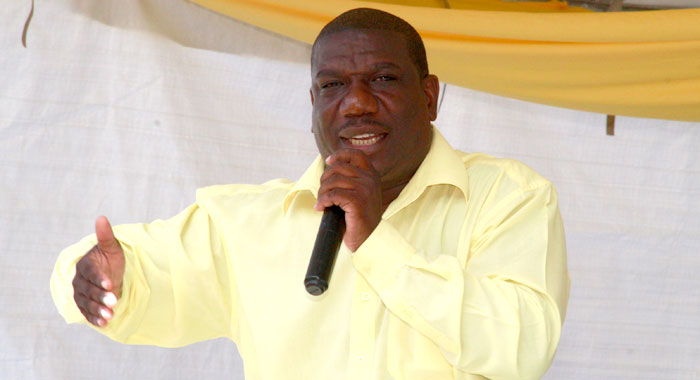 The main opposition New Democratic Party (NDP) on Monday announced that lawyer Israel Bruce has replaced Shirlan “Zita” Barnwell, as one of the party’s two senators in Parliament.

Bruce, who has been identified as the NDP’s candidate in South Central Windward in the next general elections — constitutionally due by March 2021 — will serve alongside Kay Bacchus-Baptiste — another lawyer — as the NDP’s senators.

Leader of the Opposition and President of the NDP, Godwin Friday, made the announcement at a party press conference in Kingstown.

He noted that Barnwell — a lawyer — had served from the beginning of the current Parliament, which was sworn in after the December 2015 general elections.

“She served well in Parliament and did her duty to the opposition and to the people of St. Vincent and the Grenadines,” Friday said of Barnwell, who might be best remembered as a lawmaker for her focus on gender issues.

“We, in the NDP, were to have her serve in the Parliament and are grateful for her service and look forward to her continued work for the NDP and the people of SVG,” the opposition leader said.

He said Bruce will be an effective voice and effective senator, adding that the new lawmaker has been active in public affairs all his life.

He noted that Bruce is a former teacher and former member of the National Youth Council as well as a former public relations officer of the NDP.

He said that Bruce has sponsored and organised many activities and sponsored teams in South Central Windward, which he hopes to represent in Parliament.

Friday said the new senator brings a rich history of public service to the House and will continue to serve the people of St. Vincent and the Grenadines and South Central Windward with vigour and good effect

“My colleagues and I are looking forward to working with him in Parliament and I know he relishes the opportunity to serve our country at this, the highest level, in Parliament,” Friday said.

Barnwell is being removed from the senate eight months after a disastrous second bid to become a vice president of the NDP.

At the NDP’s convention in May 2018, she mustered 40 votes, compared to incumbents Member of Parliament for Central Kingstown, St. Clair Leacock’s 197 and 179 for Roland “Patel” Matthews, MP for North Leeward.

Barnwell might have been misled by the 144 votes she gained in the 2017 race when Matthews also made his first bid and there was a rift between Leacock and the party after Friday, who is Member of Parliament for the Northern Grenadines, emerged as the leader.

In the aftermath of the vote, Sir James Mitchell, founder of the NDP, called for Barnwell to be removed from the senate.

Speaking on radio, Mitchell, said: “…I think that Zita should realise what the party — obviously, she is not going to be a candidate. I think the graceful thing for her is to step aside and leave the way open for somebody else to be nominated in the Parliament.”