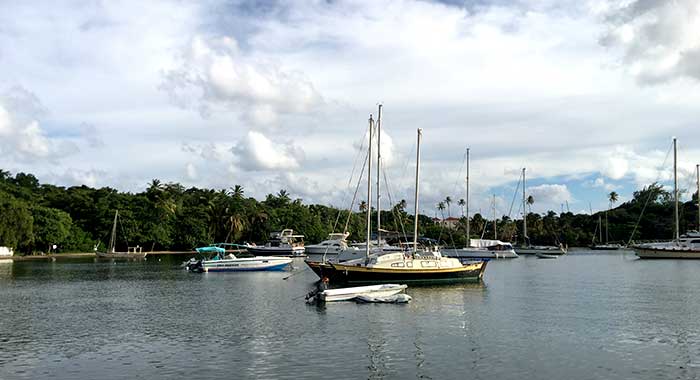 Citizens looking at bread and butter issues like the jobs and revenue created by our mainland mass tourism efforts when they vote on Nov. 5 face a dilemma. The record clearly shows that neither the ULP nor the NDP can boast about any past accomplishments, present gains, or future prospects.

Shortly after the beginning of his second term in office in 1989, Sir James F. Mitchell, founder of the NDP, gave birth to our current mainland mass tourism ventures with the purchase of 681 acres of land composing the long dormant Mt. Wynne and Peter’s Hope estates for EC$5 million. His government then initiated the construction of a new inland by-pass road around these former thriving agricultural plantations to make room for tourist resort development, including the possible building of a marina and golf course by interested foreign developers.

These 681 acres have now been marketed for tourist development for over 31 years, even championed by the NDP opposition for most of this period including in its 2015 party manifesto which promised that, “A major international development group will build a 1,000-unit integrated residential and hotel resort complex on St. Vincent,” the only viable place for such a huge project being the Mt. Wynne-Peter’s Hope region.

The very next year the Party suddenly and hypocritically reversed course after learning that it had been outfoxed by the ruling ULP when a single foreign entity, Pace Developments Inc., a fairly small residential construction company on the outskirts of Toronto with no Caribbean hotel experience, purchased a mere 35 acres of long idle lands for a whopping EC$7 million in 2017.

“Almost four years after breaking ground and promising to deliver a US$60 million resort [called Black Sands Resort] in 24 to 30 months, Canadian investors PACE Developments cannot say when the villas at Peter’s Hope will be completed.”

Canadian banks cannot finance such foreign ventures, therefore, it is left to speculation where any monies borrowed to build this complex consisting of privately owned villas and a hotel tower would have come, any how locally owned banks might have been exposed and whether SVG would be saddled with any such debt.

That a new airport was never needed should have been obvious to all given the fate of the Kingstown Cruise Ship Terminal completed in late 1999 during Sir James’ last term in office.

Though operational for 21 years, the mainland terminal continues to have the lowest passenger numbers in the Caribbean with the possible exception of volcano-ravaged Monserrat. The reason for this has nothing to do with the presence or absence of an international airport: it is simply the product of the elementary fact that our mainland has few desirable tourism attractions compared to other tropical holiday venues in the Caribbean and elsewhere. Indeed, had the terminal been located in the more desirable and developed tourist destination of Bequia instead, it might have prospered beyond all expectations. But being a Bequia man, “Son” Mitchell rightly perceived that he lacked the political capital to do any such thing.

The airport seems destined to trod in the cruise ship terminal’s barely visible footsteps. Though operational for less than four years, AIA has failed to meet even its short-term expectation of stimulating the arrival of many more international tourists headed for the mainland, especially given that its small personalised hotels owned by our people and annually occupied at less than 30% capacity, could have easily accommodated thousands of new guests. In 2019, the third year of AIA’s operation, SVG received 85,296 stay-over visitors — a figure still not revealed by our own secretive tourism authorities — most of whose foreign arrivals have used the new facility as a cheap and convenient local hub for their real holiday destination in the Grenadines. This number is actually over 13% below the 2006 figure of 97,432 visitors, a year when our mainland and Grenadines hotel capacity was much lower than it is today. Equally telling is that our mainland has always had far fewer tourist visitors than nearly every other Caribbean country, indeed far below nearly every other country in the world.

So far, then, the construction of AIA has done little more than cripple us with unnecessary debts and sky-high operating costs.

As for the international hotels for which AIA was meant to be a catalyst, the most visible failure has been the Buccament Bay Resort, shuttered since December 2016 but allegedly purchased by Sandals Resorts International (SRI) for conversion to a Beaches Resort, a prospect that is uncertain given that SRI, valued at US$4.5 billion, is currently for sale, the most likely purchaser being a huge international hotelier with little interest in transforming a decaying resort on an unknown Caribbean island. Moreover, construction of the new resort would only begin when “tourism returns to normal” which could be years from now.

Another likely failure is the Royal Mill condominium and hotel complex at Ratho Mill, a project being financed and built by a tiny new Miami private equity firm called A&A Capital with ties to SVG. Funded by a local bank, this means that we, the people of SVG, would have to shoulder all its debts if it suffers the same fate as the Buccament Bay Resort but with far worse economic consequences. This seems probable because around the world nearly all large and profitable tropical holiday hotels are located on pristine white sand beaches fronting sparkling and shallow aquamarine waters: Royal Mill’s off-beach location in an unattractive neighbourhood alone makes its success in the cut-throat Caribbean tourism industry highly unlikely.

Finally, there are the two proposed government financed, built, and owned hotels, one at Big Bay, Mt. Wynne, and one at Diamond, both of them symptoms of a profound disinterest by the private sector developers this regime has feted for years. But no government, even overtly socialist ones, builds expensive holiday hotels for which there is no tourist demand using borrowed money except out of political desperation, in our case to lob a Hail Mary pass to win a record-breaking fifth term in power.

It boggles the mind that both projects received parliamentary support from the opposition NDP which nevertheless continues to lambast them to their supporters.

Though it is claimed that the two entities would be managed by renowned foreign hotel conglomerates, Marriott International and Intercontinental Hotels Group (the parent company of Holiday Inn Express), respectively, the off-the-top fees, other charges, and generous financial concessions these giants will extract in agreements neither the official opposition nor tax-paying public has been allowed to even peruse let alone challenge would likely result in an overall net loss in national revenue, even taking into account local spending and job creation, in the unlikely event that they ever see the light of day. Again, our people and economy would bear the burden of these losses.

In sum, voters should be suspicious about which party to support if the future of our highly secretive mainland tourism efforts is a key priority for them. In doing so, they will be left with an unhappy choice between a party – the flip-flop NDP — whose past efforts have been marginal and helter-skelter at best and a party — the financially reckless ULP — fruitlessly priming a tourism pump with a broken handle since 2005.