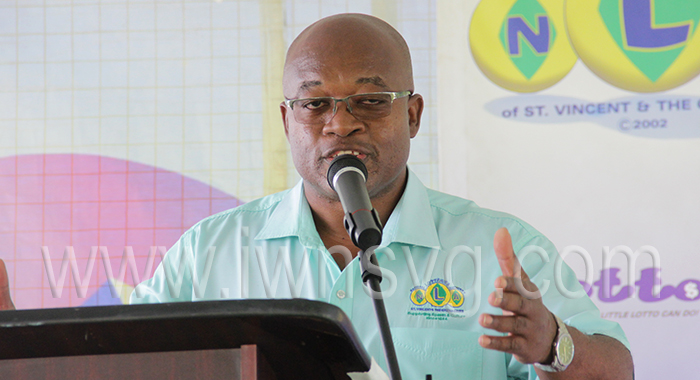 The acting operations manager of VC3, the government-owned cable television, threatened to end an interview with iWitness News unless we disclosed the source of information that he had instructed staff not to broadcast a calypso even after the Carnival Development Corporation (CDC), of which he is also a part, approved the lyrics.

iWitness News was interviewing Anthony Dennie, on Thursday, about why VC3 did not broadcast Alvin “Zion-I” Dennie’s performance in last Sunday’s finals in the calypso monarch competition.

Dennie spoke about other media outlets not broadcasting the song at the preliminary stage because of concerns that some of the lyrics could be deemed defamation.

He, however, confirmed that lawyers for the CDC, for which he is coordinator of shows, had vetted all songs before the semi-finals.
Dennie said that VC3 still had concerns because calypsonians, in the past, had not sung their vetted lyrics.

iWitness News, however began to tell Dennie that someone who works at VC3 had told us that they were instructed since June — before the preliminaries — that the station was not to broadcast the hard-hitting calypso, “Hypocrites”, at any stage of the competition.

“Someone who works at VC3? You are not going to disclose that person to me?” Dennie said.

“Of course you don’t expect me to disclose the person,” iWitness News responded.

“Mr. Dennie, with respect, you cannot expect a journalist to disclose their source, especially to somebody who is the manager of that source,” iWitness News responded.

“This is where my conversation ends,” Dennie stated again.

iWitness News noted that based on Hot97 FM’s broadcast on Thursday morning, an employee at VC3 also sent a note to that radio station.

“No, no; but this is where our conversation ends.”

iWitness News told Dennie that if he wanted to hang up, he could do so but we were going to tell him what the source said.

We then went on to read the note from the source, which said:

“Mr. Dennie told us in a meeting when the tents were doing the preliminaries that we would not be broadcasting Zion-I’s performance. So during his performance we went to ads.

iWitness News pointed out that VC3 offered a paid service and if NICE Radio – a privately owned radio station — broadcast the preliminaries, it was a “public service”.

“But VC3 asked people to pay for a service and a decision was made, apparently in advance, to not broadcast this song and VC3 said nothing about it,” iWitness News pointed out.

iWitness News told Dennie that to the extent that VC3 made a decision in advance not to broadcast a calypsonian’s song, it did not deliver, in its entirety, what it promised subscribers.

“As I said before, VC3, when the song came out at the preliminary stage, did not broadcast it because we felt that there was content in the song that was libellous.”

Asked whether he had told his staff that the station was not going to broadcast Zion-I song or interview him, Dennie said:

“Well, if we take such a decision, how are they going to go ahead to do it?”

Some people have suggested on social media that aggrieved subscribers complain to their credit card company about VC3 not delivering what was paid for.

In asking iWitness News about disclosing its source, Dennie, who works at two media outlets, was suggesting that we breach a fundamental tenet of journalism, not disclosing the identity of anonymous sources.

It is highly unlikely, under the current administration, that Dennie’s media outlets would need to protect sources, as they both are involved largely in public relations for the government and the ruling party.

Zion-I told iWitness News separately, on Thursday, that he was not surprised by VC3 decision to not broadcast the calypso.

He said the decision proves the point that the song makes about people pretending to act in the interest of calypso.

Early in the calypso season, Dennie, then wearing a third hat — that of host of the morning show on the ruling Unity Labour Party’s radio station — said, on air, that the station would not play a calypso by Elvis “Abijah” Abbey.

“Who vex da is dey business. But we bring real constructive music here on the Star,” Dennie said, shortly after the release of the first version of Abijah’s “Who Put Dem So”.