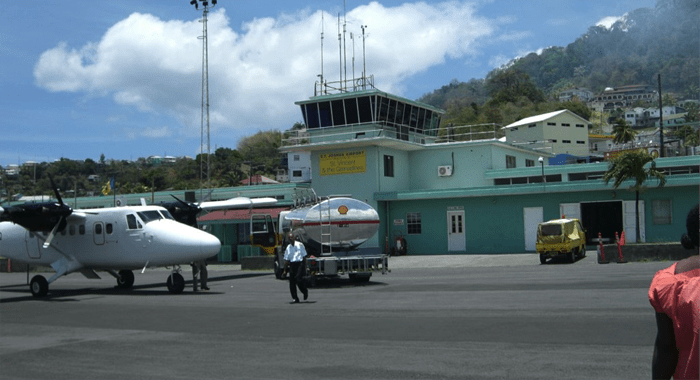 I have already suggested that if Argyle International Airport (AIA) brings in 21,000 more visitors five years after its completion, this would be both a miraculous achievement and an unmitigated disaster. This is because even with this highly optimistic estimate, there would be an unsupportable net loss to the economy just from the costs of paying for building and running the airport, never mind the additional annual millions in infrastructure and other expenses to make the mainland safe, accessible, and enjoyable enough to attract 21,000 additional holiday visitors.

Based on a comparison with Dominica, even 21,000 more arrivals still leaves at least a 9,000 passenger deficit for a single American airline to break even flying from Miami to Argyle only five times a week.

The airline industry is a bean counter’s paradise, as should be clear from the large number of bankruptcies, restructurings, mergers, and acquisitions in recent years. The profitability is just not there to persuade Air Canada, American Airlines, American Eagle, British Airways, US Airways, jetBlue, Virgin Atlantic, or WestJet — just to name the main overseas airlines servicing Barbados — to support regularly scheduled flights to SVG without being granted exorbitant and unaffordable subsidies and concessions. (Don’t count on occasional charter and other non-scheduled flights — as others have tried to do — to make up the difference because these represent an insignificant part of the Caribbean international airline holiday business).

This is why Air Canada, a major player transporting tourists to the Caribbean for decades, isn’t even on the list of airlines that, under the “guidance” of Dr. Gonsalves, AIA officials are supposedly “talking to”. (One that is on the list — Spirit Airlines — does not even fly to neighbouring Barbados, St. Lucia, or Grenada, not a good sign that it will ever service SVG).

Add in the costly subsidies, extortionist concessions, and sky-high infrastructure installations and upgrades needed to attract major hotel development and then take into account the risks associated with the volatile bank-loan dependent Caribbean hospitality industry, and you have a perfect recipe for failure in an already debt-ridden country like SVG.

None of this means that international carriers — including Spirit — would refuse to fly here, if the price were right. A government ready to “bad-spend” what all the signs say will be a one-billion-dollar unnecessary airport would never hesitate to throw away millions more of borrowed funds to bribe airlines to fly here if this would ensure one more election victory.

In a recent Searchlight newspaper editorial, self-proclaimed “community activist,” Renwick Rose, undeterred by or oblivious to any of these issues, argued that: “Few Vincentians can honestly deny the critical need for this [AIA] vital infrastructural project and the potential it possesses for stimulating socio-economic development. In addition, it provides a means of at least easing many of the travelling inconveniences that our people have had to put up with over the years. Vincentians, home-based and in the diaspora, have had to spend countless hours in transit lounges because of no direct access to international flights”.

Like many before him, including the Prime Minister himself, Mr. Rose does not spell out in concrete terms what “potential” AIA has for “stimulating socio-economic development,” except in the vaguest way possible, preferring to use the phrase “at least” to suggest that easing travelling inconveniences for Vincentians at home and abroad is reason enough to celebrate the completion of the airport regardless of its actual developmental consequences. For those who do not share this view but instead “deny reality” and “dangerously” oppose the airport, “history is bound to deal harshly.”

Gregor Nassief, President of the Dominican Hotel and Tourism Association, addresses and quickly dismisses the issue of “convenience” — the pleasure of flying non-stop or with minimal connection hassle from home to final destination — when he argues that:

“Regarding convenience, travellers worldwide are accustomed to going through hubs, getting off one plane, getting on another, and continuing their journey. What they expect, however, is a convenient connection in terms of time/reliability (not having to wait too long for the connecting flight), baggage (baggage going straight through to their final destination i.e. Dominica) and an in-transit connection process (no need to go through immigration and customs and have to check-in again for the connecting flight).

“Here is an example of a typical and inconvenient connection: an American Airlines passenger arriving to Antigua, having to go through immigration, pick up their bags, go through customs, go to the LIAT check-in counter, go through another check-in process, pass through immigration, then security, etc. This is the problem we need to focus on solving. We have seen great improvements with Seabourne in San Juan and WinAir in St. Maarten, due to the agreements they have with various international airlines like American, Jet Blue, United, Air France and British Airways, thus allowing and enabling “convenient connections”. “Fixing LIAT” means significant improvement in its service and reliability such that similar agreements with international airlines become possible”.

All that can be added to these sensible comments is that they apply equally to SVG. If LIAT, the international airlines, and the nation of Barbados are the main problems, why are we in the process of dumping E. T. Joshua International Airport down the latrine to build a new prohibitively-expensive airport at Argyle rather than trying to fix what’s wrong at the source, as Puerto Rico and St. Maarten have done? This would have meant negotiating at least the following: (1) ensuring the transfer of the baggage of connecting international passengers directly to LIAT to end the needless immigration, customs, and check-in clearance; (2) closing the cramped, uncomfortable, and segregated LIAT departure lounge (Gates 1-9) by integrating overseas connecting passengers into the spacious general departures area with all its amenities and services; and (3) absolutely prohibiting the acceptance by LIAT of any excess checked baggage during busy times of the year — a backward but financially lucrative practice that guarantees delays and harms those who do not have too much luggage by virtually assuring that many of them will have their bags left behind — as airlines in North America and elsewhere have done for years.

Long ago, LIAT and other Caribbean airlines were contractually partnered with international airlines to allow passengers and their baggage to go unescorted and without harassment from North America to SVG. It is high time that this partnership be resurrected, at least as an option for those willing to pay the extra ticket costs.

As for the issue of having to go through hubs to get to the final destination, only in densely populated regions in Western Europe is this not standard practice because most international airports are a few hours drive away at most. Not everyone lives in or close to a big metropolis in North America, the home of major airline centres. So they have to travel great distances by car, train, bus, or regional aircraft even from cities containing hundreds of thousands of people to the nearest international hub when they travel overseas. Having to overnight far from the terminal or rush from one distant gate to another on top of this are not pleasant experiences, especially given the often long wait to clear and re-clear immigration, customs, and security.

Some commentators have even argued that the inconveniences and indignities of indirect and interrupted travel have deterred many Vincentians from returning home to visit until AIA is operational. This is nonsense, perhaps even deliberate propaganda, promulgated by pro-AIA and/or pro-ULP fanatics.

First, flying anywhere in the world in the age of international terrorism has become an increasingly time-consuming and frustrating experience, something many Vincentian overseas residents seem ignorant of because their only overseas travel is to and from home. Second, we know that our people love to complain about the slightest inconvenience and the most petty indignity. Third, any Vincentian who really wants and has enough money to visit home will do so regardless of the so-called inconveniences. Fourth, those who make this argument on their own behalf, most likely can’t afford to return — or don’t have enough money to “show themselves” during their visit — or are in their host country illegally, and mask this with LIAT bashing and/or AIA praising. Fifth, and most important, AIA is not primarily meant to accommodate Vincentian travellers anyway but to stimulate the local economy by encouraging foreign tourists to come here instead of going elsewhere.

But bargaining for better service in Barbados was not the path chosen by our self-described brilliant negotiator, the man whose skill, courage, and tenacity got us off the hook for EC $180 million in the Ottley Hall fiasco, a wondrous accomplishment which should have made fixing things in Barbados “easy as kiss hand.” This didn’t happen because Dr. Gonsalves, a cunning grassroots politician if there ever was one, has always known that Vincentians wanted their very own brand-new international airport to replace what one Searchlight newspaper letter-writer has recently called the “low class” “nationalistic eyesore” at Arnos vale, “too pale, sombre and warehouse-like” compared to the airports of our neighbours.

The same writer even claimed that if building AIA is “economic suicide,” our national pride still demands that it be built. Apart from the fact that these criticisms could easily have been met with a lavish renovation of E. T. Joshua airport costing one-twentieth of what we are spending on AIA, such comments reveal a childish sense of envy, perhaps even a destructive sense of national inferiority. Call it “airport envy anxiety disorder,” if you like, a proper affliction for our good Doctor to cure anew every election season.

This is the ninth in a series of 14 essays on the folly of the proposed Argyle International Airport.