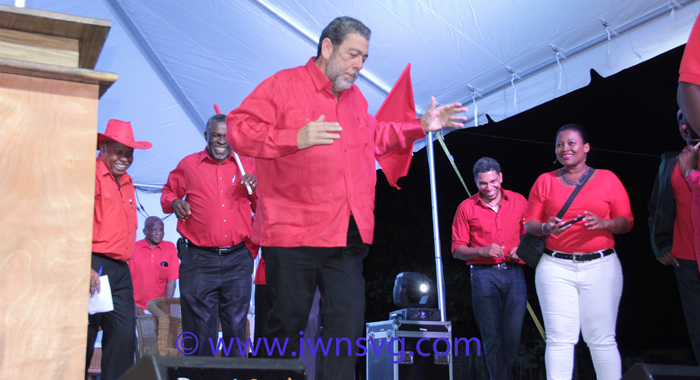 The date when Vincentian will go to the polls to elect a new government has already been decided, Prime Minister Ralph Gonsalves told a Unity Labour Party event on Saturday in celebration of the party’s 14th anniversary in office.

General elections are constitutionally due by March 28, 2016, but are widely expected this year.

Gonsalves, however, said that it is not yet time to announce the dates.

“Let us hear their confused conversations about all kinds of subjects,” he said of the main opposition New Democratic Party.

“Let us hear they tell the people what policies they are going to bring; because there are none. They have no compelling narrative,” he further said.

“Opportunistically, they try and jump on the woman issue,” he said of the NDP’s “Conversation with Women” event last week.

“You see this? This is an assessment of the women. We had the Caribbean Development Bank do it,” he said as he held up a document.

“We are implementing all the policies and we have done since 2001 extraordinary work in this area. And I want you to go down to social development and talk to the people down there. Protections galore,” he said.