NDP says it will address unemployment and agriculture in North Windward 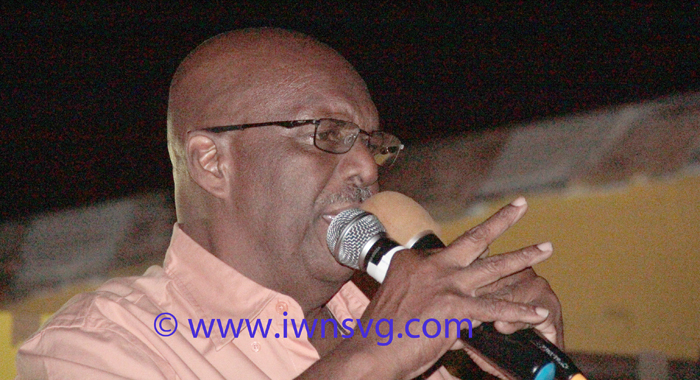 The main opposition New Democratic Party says it will focus on job creation and revitalisation of the agricultural sector in North Windward if it is elected to office in the next general elections.

“We are very aware of the problems that this area faces and I promise you as leader of this party that we, the New Democratic Party, will address particularly the areas of agriculture and unemployment in the area of North Windward,” NDP president and Leader of the Opposition Arnhim Eustace said last weekend in Sandy Bay at the opening of the NDP’s constituency office.

“I make that promise to you tonight and I am very, very serious about it,” said Eustace, an economist.

“Too long have the people of this country been suffering with unemployment, with crime… All I want to say to you that as a party, I promise you as the leader of that party that these men here are all capable people and will be able to deal with the problems of this constituency and this country,” he told party supporters guesturing at the party’s candidate who attended the event.

Eustace said he is confident that the NDP will win in North Windward, where the ruling Unity Labour Party’s Montgomery Daniel has been representative since 2001.

“This crowd sends a message to Montgomery Daniel that in the same way that all the businesses close down and gone, Montgomery Daniel gone,” he said in references to establishments that have closed across the country under the ULP administration.

“Gone from this area; voted out by the people of this area, and the New Democratic Party, along with Sharer, will form the next government of St, Vincent and the Grenadines.”

Lauron “Sharer” Baptiste will represent the NDP in the elections, which Prime Minister Ralph Gonsalves says will come this year, ahead of the March 2016 constitutional deadline.