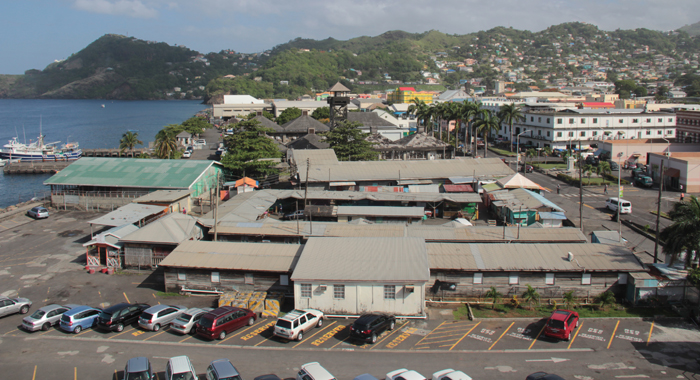 A section of the Reclamation Site in Kingstown, with Chinatown in the forefront. (IWN photo)

In what appears to be a crude attempt to shore up his declining political base in advance of the upcoming election, Prime Minister Dr. Ralph Gonsalves has just announced that an agreement has been signed with some unknown group of Canadian investors to (1) build a hotel and golf course at Mt. Wynne/Peter’s Hope on the Central Leeward coast and (2) construct a tourist attraction around the Little Tokyo area and elsewhere in Kingstown consisting of a creative arts centre, small shops, a boardwalk, and a 40-50 bedroom hotel. The entire project, which he called a “huge investment,” is a result of what he claims is the near completion of Argyle International Airport (AIA) which he and his supporters have long argued will bring thousands of new visitors to the mainland of St. Vincent.

No other details were given, leading to a number of unanswered questions and issues:

Unless we get detailed answers to all these questions and concerns, this project will remain in the land of pipedreams and phony elections promises.

This is the sixteenth in a series of essays on the folly of the proposed airport at Argyle. My other AIA pieces may be found at: