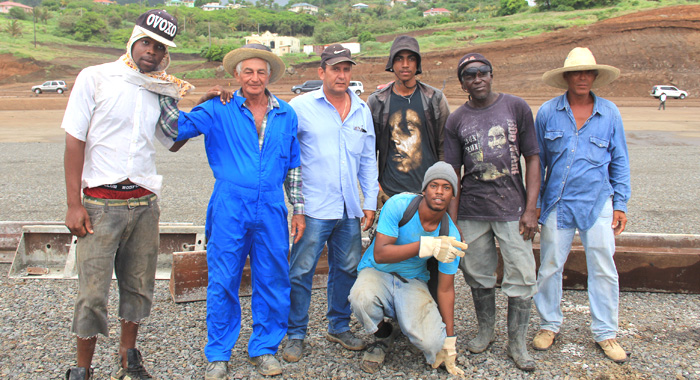 As at the end of June, the IADC was employing 623 persons — 509 Vincentians and 104 Cubans, head of the IADC, Rudolph Matthias told the media on Thursday.

There were 44 engineers, 36 of whom are Cubans and eight Vincentians, he said.

“It is a construction project after all and this is why we are so top-heavy with engineers,” Matthias said.

“So when you hear people speak somehow as though there are people coming from Cuba to push wheelbarrows and these kinds of derogatory statements, it is almost disrespectful to say the least of the persons who are from Cuba here helping us to build this airport.

“The other Cubans are generally operators and technicians. IADC doesn’t employ any labourer or any simpleton from Cuba. Everyone whom we hire from Cuba is a professional in their own right and we only hire Cuban persons when we cannot find a Vincentian to do the job,” he said.

Matthias was speaking at an event where U.S.-based Vincentians donated US$10,000 to the construction of the EC$700 million airport.

The airport, which has missed completion deadlines annually since 2011, is carded for completion by the end of this year.