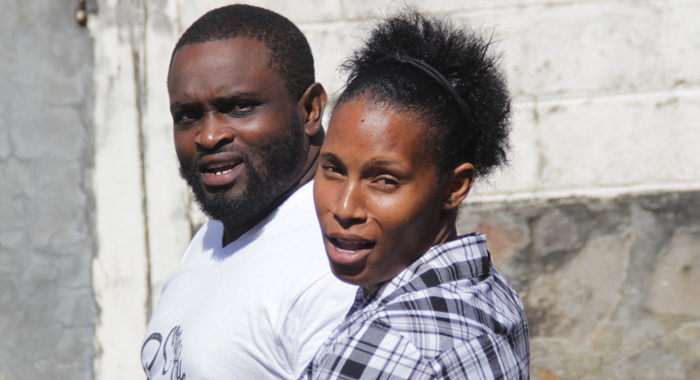 The prosecution has withdrawn the charges against the New Montrose woman who in August said a police officer slapped her during a brawl at an ice-cream parlour in Kingstown.

Ashieka Lyttle, 25, has been charged that on Aug. 11, at Kingstown, she assaulted police Constable 720 Delroy Williams, he being a police officer acting in the due execution of his duty.

However, when the matters came up for trial at the Kingstown Magistrate’s Court, Prosecutor Constable Corlene Samuel told the court that the Crown was not proceeding on the matter.

Senior Magistrate Rickie Burnett then told Lyttle that she was free to go.

On noticing the woman’s reaction on hearing this, the magistrate asked Lyttle if something was the matter, and she said no.

After the proceedings, Lyttle told the court that she had no comment to make.

In August, Lyttle told iWitness News that a police officer slapped her repeatedly in the presence of her children after she swore at the ice cream parlour.

Her comments came in the wake of a video on social media showing a police officer forcibly taking a woman, who is holding a baby, in the direction of the Central Police Station in Kingstown.

Lyttle told iWitness News that the video is part of the altercation between she and the police officer, and that she is the woman in the video.

Lyttle said she, her daughter, her 2-year-old son, along with one of her friends and her friend’s children went to the Frisko ice cream parlour on Bay Street, Kingstown sometime after 8 p.m. on the date in question.

She said she swore in the presence the officer who she said had jumped the line at the ice cream parlour.

Lyttle said the officer rebuked her for using the swear word, but also grabbed then struck her when she swore again as she was leaving the business place.

At her arraignment, Burnett continued the EC$3,000 bail that Lyttle had secured at the Central Police Station when she was charged.

Her trial, which was initially set for Oct. 8, was adjourned after Connell withdrew as the woman’s counsel in the matter.