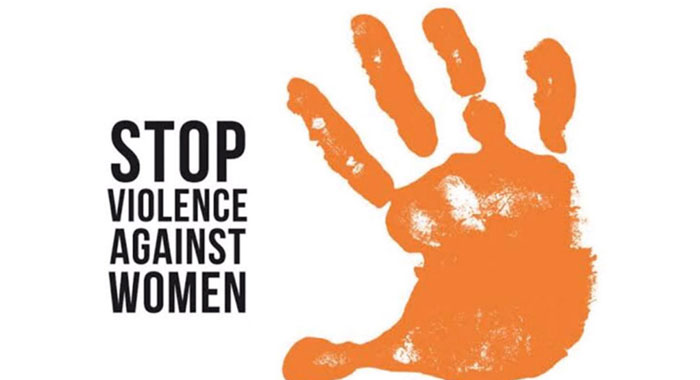 The government and opposition in St. Vincent and the Grenadines, on Sunday, in separate statements, condemned recent acts of violence meted out against the nation’s women

“I want to join the programme in condemning in the strongest possible terms the recent spate of violence against women,” Prime Minister Ralph Gonsalves said on WE FM.

“The recent violent incidents must galvanise our community, irrespective of political and other differences, to unite in common cause and demand loudly and persistently that more be done to seek to bring an end to violence against women.”

The party further called for “a thorough investigation” into how the police responded to Arianna Taylor-Israel’s complaints that her life was threatened before she was shot and killed in Kingstown on Thursday.

Taylor-Israel, a 44-year-old nurse, visited the Questelles Police Station at least three times before she was killed on Thursday and police had in their possession at the time of her death a warrant for the arrest of her husband, Mitch Israel, 57, who is charged with her murder.

The NDP listed some of the acts of violence again women, mentioning the Jan. 4 attack on Cane Garden resident, Monique Hutchins, who was beaten in the face with a hammer, allegedly by a former lover.

Then, on Jan. 29, a voice note was circulated via social media, in which a woman pleaded with a man to stop beating her, as he threatened to kill her in a vehicle.

“Again, violence was used as the means of resolving whatever conflict there may have been between the parties. This can never be acceptable or justified,” the NDP said.

And, also on Jan. 29, photos and voice messages began circulating on social media, this time, surrounding the brutal chopping in the face of a Greiggs woman, allegedly by two other female villagers.

And, last Thursday, Jan. 30, Israel-Taylor, a Cuba-born, naturalised Vincentian was gunned down at St. Martin’s Secondary School, allegedly by her husband, who has been charged with her murder and is scheduled to appear in court today (Monday).

The couple’s eldest son attends the school and was on the compound when the shooting occurred.

“We are deeply concerned and saddened about the all-to-frequent acts of violence against women in St. Vincent and the Grenadines,” the NDP said.

For his part, the prime minister also mentioned the chopping in Greiggs, the beating of the woman inside the vehicle and Taylor-Israel’s death.

Gonsalves said violence is a  “complex question” for which there are no easy answers.

“… but we all know some of the things we have to do, starting in our homes, in the schools, in the communities, community organisations, community activities, what we have to do in the media, nationally, teachers, the churches. It’s everybody pulling together on this matter. “

The prime minister said it is important to put in place structures and systems, mentioning among them Sexual Offences and Anti-Trafficking in Persons Units based at the Questelles Police Station and the strengthening of the laws, which he said his government has done.

“… but these are things which when the end product comes with violence, the question is to reduce as far as practicable or prevent the extent of the violence. That’s where all of us come in,” Gonsalves said.

“Every time someone gets chopped up, I feel it in such a personal kind of a way. I could just imagine the parents of this young girl who got chopped in Greiggs, the Cuban parents and family of this nurse who got killed. She was a wonderful human being. And I knew her very well so I felt that one very, very painfully,” he said.

Meanwhile, the NDP said that, like most Vincentians, “[we] are outraged by the seeming unchecked violence against women in our society.

“These are only the recent high-profile cases, but the problem of violence against women, including sexual violence, reaches into every community and walk of life. Any such act of violence or abuse is one incident too many. Whether the cause is domestic in nature or otherwise, all such acts must be condemned and treated with equal seriousness. The full weight of the law must be brought to bear to deter them.”

The party said that the recent violent incidents “must galvanise our community, irrespective of political and other differences, to unite in common cause and demand loudly and persistently that more be done to seek to bring an end to violence against women.

We condemn in the strongest possible terms these violent acts perpetrated against women and girls in our country, and indeed wherever they occur.”

“We simply cannot continue to treat violence as if it were an acceptable means through which our differences can be resolved. The NDP stands ready to work with Government, churches and other social organisations to create and implement a comprehensive crime-fighting plan — one that will target acts of violence against women…

“Our sympathy goes out to the family and relatives of the victims.t is time for constructive national dialogue and effective action,” the NDP said.