The state of our national consciousness in SVG — reflections from Barbados 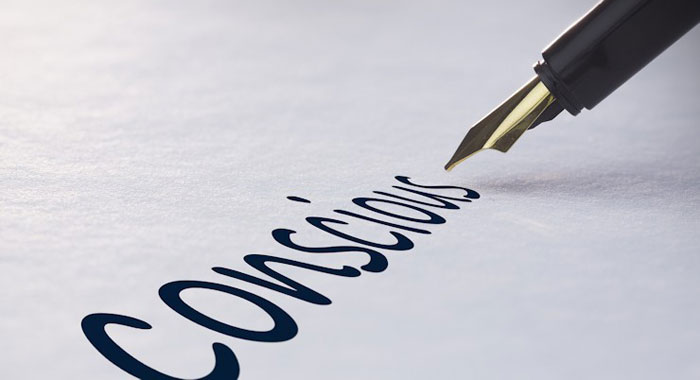 As I crunch the keys to add another sentence to my paper, I cannot help but glance to my left, which leads to an open door with a panoramic view of the beautiful Caribbean Sea that surrounds Barbados. I am in Prospect, St. James, and so you could imagine the soothing but tempting effect this sight would have on the human soul. What makes it such a pleasurable distraction is the constant movement of ships, boats and jet skis along these pristine waters, presumably, with happy visitors and locals alike. It is harmonious and infectious.

This idea of the movement on the horizon and near the seashore has given me cause to think about and reflect once more on our society. In a real sense, the state of our national consciousness can be seen from the vantage point of the movement of waves.  Waves are the back and forth movements of the tides. They are most critical in helping captains of large ships, fisher folk, and swimmers reach their intended destinations safely. While knowledge, skills and perhaps temperament are without doubt important assets in determining whether one reaches his destination or not, it is also without question that how one navigates the movement of the waves, will to a large extent decide the outcome. Of course, to borrow some ideas from the Cuban essayist, Benitez Rojo, as used by Dr. Steed Davidson in “Islands, Islanders, and the Bible: ‘RumI-nations’”, islands, like waves, are subject to moments of flows and interruptions. And given the nature of small island societies, like St. Vincent and the Grenadines, with limited natural resources and a political system that is by its very nature divisive, the notion of waves are as unpredictable and a constant source of interruption when applied to island states.

In a previous reflection with the same title, I made the point that there is a level of national indifference, intolerance and viciousness that characterise our national consciousness and if we don’t devise interventions to reverse this trend, we will not recognise our society in a few years’ time. Certainly, some of us may not be able to live in such a society. But the truth is, most of us don’t have anywhere else to go. And even if some of us do, half (population and person) of us would have already been damaged from the toxicity of our politics.

Consider, therefore, the pain in the words of Kenroy Johnson, one of the three teachers who were vindicated in the recent judgement by the Eastern Caribbean Court of Appeal. At a press briefing held by the St. Vincent and the Grenadines Teachers Union, he described his experience of the eight years prior to this judgement, saying: “It is as if I found myself in a deep dark tunnel”. Kenroy admitted then that he, in fact, as the learned high court judge had pronounced at the beginning of that case, felt very hopeless in this situation. Thank God for the courts. And there is no sarcasm in this ehh! He has reason to be hopeful again. The point is, there are many Vincentians who are dehumanised by the actions of the state or corporate institutions alike.  Do we ever stop to think about the impact on the family and what this means for patriotism, productivity and the peaceful order and well-being of our society? If you don’t, I do, and I am sure many Vincentians do think about these things.

The picture before us is one in which we continue to be victims of our own violence to each other. What legitimate explanation can one reasonably offer for the lack of promotion of a public servant who continues to serve his country well? How does an employee work for 35 years and not be promoted in 28 years?  Well, Forestry Officer Joel Poyer is either a most terrible employee or he has been just another subject of structural violence by the state machinery over and over again — well, at least for 28 years. How much can a man endure?

The recent High Court judgement by Justice Esco Henry regarding the judicial review of the system of Promotions in the Public Service is, therefore, revealing and may give us a bird’s-eye view of the problem upon our hands. She noted on the matter of culpability, found on page 209 of the judgement that “this leads me inexorably to the conclusion that either the members of the PSC are not sufficiently familiar with the Regulations to give effect to them, are not concerned about ensuring that they are substantially complied with or are complicit in the failures. Whatever the reasons, she continues, the consequences of inaction could potentially lead to a total breakdown of the system and in the case at the bar has resulted in denial of due process to the affected public officers”.

Whatever your politics as a citizen, you ought to be concerned about this most serious indictment on our Public Service Commission and the Public Service as a whole. It is perhaps sufficient to echo here the words of Laura Anthony-Browne in her “Broken Window” analysis of our country a few years ago, when she said, “there are many broken windows too in the public service and I ask my fellow public servants to reflect on the ways in which we have contributed to the disorder and incivility in our society. If we are, if like Belshazzar, we have been weighted in the scales and found wanting, then we must decide consciously to help to fix it”. Don’t get me wrong, I have had excellent service throughout the Public Service by very committed and serious public servants, but I have also gotten shitty service as well. Can we make the former the norm rather than the exception? I think we can, but it must start with you and me — we, ourselves.

Waves are not only unpredictable and, therefore, interruptive, they are therapeutic and, therefore, can be a powerful source of healing. One of the things I try to do each year, which has become a family ritual, is to take an annual trip to that beautiful isle we know as Bequia. Apart from the grandeur that greets you at the Port Elizabeth harbour, or relaxing on Lower Bay or any of the beaches for that matter, listening to the tempting sounds and looking at the rhythmic movements of the waves provide a basis for catharsis, it’s almost like an experience of transfiguration.

There are enough signs in our beloved country of waves that are potentially therapeutic. Notwithstanding the fact that recent judgements against the government show a tendency of the state machinery and senior public servants to be complicit in preventing or allowing the failure of matters of due process, there is comfort in the very fact that more people are using the court as a remedy for matters that could otherwise lead to the break down that Justice Esco Henry spoke about. This, for me, demonstrates a maturing of our society that augurs well for our young democracy. We must also take comfort in the fact that more and more of our youth have access to diverse options for training at the tertiary levels. But having a degree, by itself, is perhaps useless in the end without enough grounding in the real purposes of its use to nation building.  Our young people, and all of us for that matter, must, therefore, step up and be passionate about adding value to the form and substance of the space they and we call home — our beloved nation.

I end this rambling by quoting the late Alphie Roberts, as found in a publication, “Search For Identity: Essays on St. Vincent and the Grenadines”, ed. by Kenneth John, and Baldwin and Cheryl King 2006:

“So the problem facing us will not be solved by invective, abuse, vituperation, or by the use of correct grammar or not, or by being able to call to mind correct historical dates etc.. and being just a nice fellow, but only by a cool, clear, calm and calculating analysis of our situation and the remedies that this situation necessitates and taking into account that the life of man is paramount.’