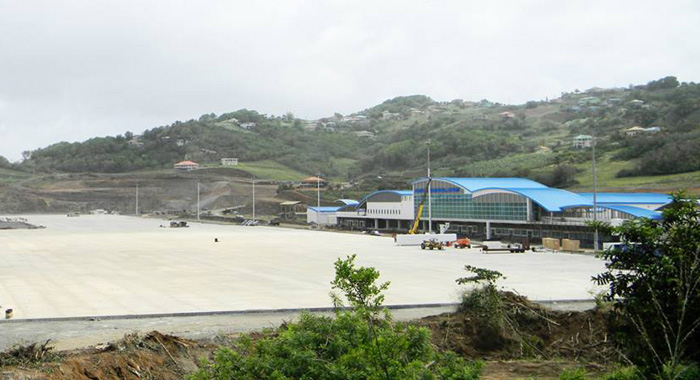 We witnessed another crazy publicity stunt on Sunday, December 6 at the site of the incomplete Argyle International Airport (AIA) by a desperate ULP government so hungry to the cling to its slender grip on power that it chartered the landing of a LIAT plane on the unfinished runway.

This ploy was just a bad joke because we have been told since 2005 that AIA was meant to attract international airlines flying big jets from North America and Europe.

We already have a perfectly suitable airport for LIAT at Arnos Vale. So what is so startling about a small LIAT plane being able to land at Argyle when it is capable of landing on any flat surface of suitable length?

It may have actually convinced some of the skeptics that AIA is a viable project if the Prime Minister had held a press conference showing us in black and white the contracts that international carriers have signed promising non-stop service to AIA once it is operational.

Instead, we received a vague verbal assurance that Caribbean Airlines (CAL), a carrier hardly mentioned in the past, will fly to Argyle once the airport is serviceable. What our devious Prime Minister failed to mention is that CAL does not have non-stop flights to anywhere in the Caribbean from Toronto, New York, or London — its only three overseas venues — except its two hubs in Jamaica and Trinidad. So much for the beginning of non-stop flights from overseas.

Having to connect through Jamaica or Trinidad would mean that the existing LIAT connection from Barbados would still be the cheapest and most convenient way to reach St. Vincent Island, making AIA even more redundant than it already is. Allowing CAL to travel here from Jamaica or Trinidad also would mean that it would be allowed to land here from Barbados, St. Lucia, and Grenada, thereby hastening LIAT’s bankruptcy.

The juvenile landing of a LIAT aircraft at AIA and the CAL announcement are just more proof that — based on bottom-line economic considerations — no international carriers are interested in providing non-stop international air service to AIA.

The two election rallies at AIA celebrating the landing of small aircraft is just more proof that this is a political airport — nothing more, nothing less.

This is the 19th in a series of essays on the folly of the proposed Argyle International Airport.