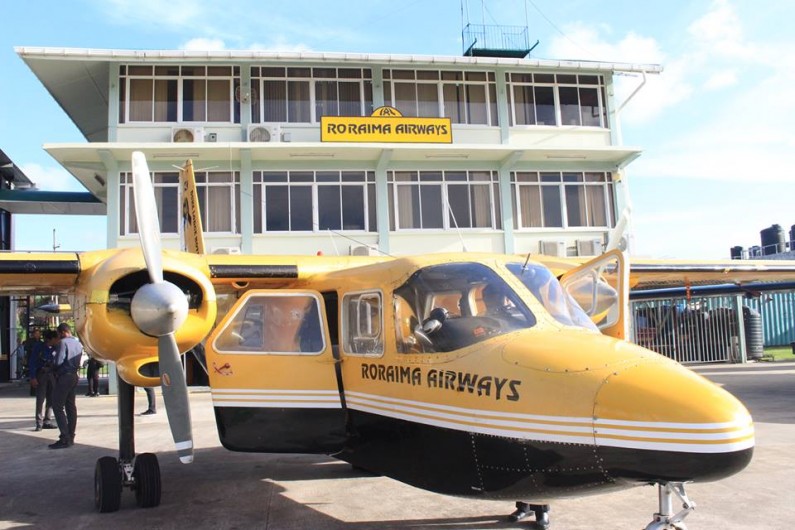 Gerald “Gerry” Gouveia is the owner Roraima Airways, a tiny regional charter company flying out of Guyana with five small aircraft totalling 59 seats, with ambitions to make St. Vincent Island (SVI) a Caribbean airline hub. To highlight this desire, he says he will use his ties with two other charter airlines — Dynamic International Airways and EasySky — to make an in-transit stop at Argyle International Airport (AIA) from New York and Cuba, respectively, en route to their final stop in Guyana on Feb. 14, 2017, Valentine’s Day, to coincide with the grand opening of AIA.

Mr. Gouveia’s sudden and inexplicable interest in doing business in SVI should be a cause for concern, if not alarm:

Finally, there is the problem of “white powder” being transported on Gouveia aircraft, an issue that has been extensively reported. We already have dozens of supposedly “therapeutic” black sand beaches – a medicinal function claimed by the developers of Black Sands Resorts and Villas that we Vincentians have never heard of — and lots of plans for medical marijuana — another divisive issue in our deeply fragmented country — so we don’t need any white powder. It is also worth noting that Guyana ranks 108th out of 176 countries in Transparency International’s influential Corruption Perception Index, the third highest in the Caribbean, and much higher than SVG’s thankful rank of only 35. We should just keep it that way.

What I do know is that when I phoned G.G. Tours in Toronto at 1 p.m. on Jan. 31 to mischievously claim (an established investigative journalism tactic) that I was calling on behalf of a group of 12 possible passengers, I was told that the Feb. 14 Sunwing flight could easily accommodate them, a far cry from the prediction by Glen Beache that the flight would be sold out within an hour.

All these considerations should tell us that we will be scraping the bottom of the Valentine’s Day “Labour love” barrel on Feb. 14 and every day after, no surprise given that the bottom of the barrel has long been our place.

This is the 46th in a series of essays on the folly of having built Argyle International Airport.

6 replies on “Why Roraima Airways? Lessons for Argyle Airport”