Going forward or marching in place? Lessons for Argyle airport 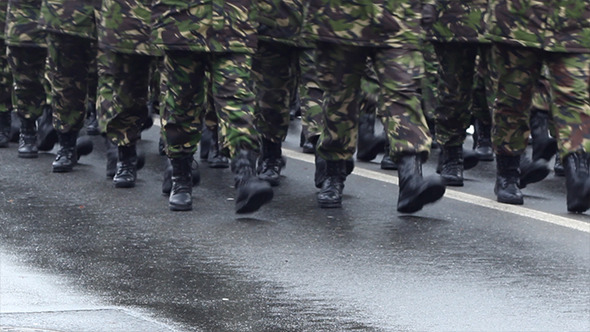 An opinion piece titled “Going forward” in the March 24, 2017 edition of Searchlight newspaper in which Christian I. Martin, arguably the most respected and influential civil servant our country has ever produced, presented an argument for the need to enhance direct foreign tourism investment in our tiny, export-driven but resource-poor country which reminded me of two other Searchlight essays he had written.

In a July 31, 2008 editorial, he revealed that, “When Milton Cato’s …  Labour Party acceded to office in 1967, he got the British Government to finance a study which considered … whether St. Vincent should have an International Airport. The study … concluded that as so many of the neighbouring islands had jet airports, none was needed in St. Vincent,” an assessment Martin has strongly rejected ever since. But he failed to also mention that the Honourable Dr. Ralph E. Gonsalves’ government decided to build an international airport at Argyle in 2005 without the benefit of a detailed economic feasibility study in which the British conclusion was successfully impugned.

This may be why in yet another Searchlight op-ed on February 27, 2015, Martin opined that “… our [Argyle] airport is literally being built on a wing and a prayer.”

All three opinion pieces are joined at the hip.

The absence of a comprehensive study, including assessment of the realistic costs and achievable benefits of such a costly endeavor, certainly confirms his “wing and a prayer” assertion and equally off-putting concluding comment that, “Whatever its advantages and disadvantages, SVG is what we have.” But his 2008 article, where he makes highly abbreviated reference to airports among some of our neighbours, including St. Lucia, Grenada, and Dominica, fails to convince this social scientist that, “Social scientists would regard this as empirical evidence that the airport is needed and that the [British] study got it completely wrong.”

St. Lucia had a robust and growing tourism industry long before it built its Hewanorra International Airport in 1973 yet still has an unemployment rate of 25 percent; Grenada which received its airport free of charge by the efforts of the Cuban and American governments in 1984, as its tourist numbers were increasing year after year, still sees 29 percent of its working population unemployed; St. Vincent and the Grenadines, whose Argyle International Airport (AIA) became operational only a few weeks ago, saw almost one thousand fewer passengers land at Arnos Vale in 2016 than the average of the 2001-16 period but has the lowest unemployment rate of the three at 19 percent.

These figures reflect the seasonal nature of employment and the overseas repatriation of most of the profits in the foreign-controlled Caribbean holiday industry.

As for Dominica, still considering the construction of an international airport, the country saw 240 percent more stopover tourist visitors land at its regional airport in 2015 than we did at ours, a critical observation given Minister of Tourism Cecil McKie’s recent pronouncement that the World Bank has estimated that Argyle International Airport (AIA) would see visitor levels increase by a mere 10 per cent within its first three years of operation.

In short, the international airports in St. Lucia and Grenada were built to meet a growing visitor demand while the lack of an international airport in Dominica has not prevented that country from growing its tourist numbers to levels we could only dream about regardless of how much passenger growth is stimulated by AIA.

A missing link that also unites the three Martin essays and explains all the above is any discussion of, “Whatever its advantages and disadvantages, SVG is what we have,” which I take to mean the various features we have that would attract thousands more visitors to the mainland because of the completion of AIA. Mr. Martin inadvertently tiptoes around this missing link when he now writes, “We have several small hotels [on the mainland] and this is good. However, the real big earners for our tourism are places like Mustique and Canouan.”

Why is this so?

Tripadvisor, the world’s largest travel site lists the number of “things to do” in St. Lucia as 566, in Grenada as 257, and in St. Vincent Island as 68, figures closely correlated with overseas visitor levels, proving that attractions bring tourists, not the reverse.

The problem is not, as Mr. Martin claims, a paucity of foreign hospitality industry investors, as our experience with the Buccament Bay resort should teach us, as should other types of direct foreign mainland investment in shady offshore banking schemes and the fraudulent Ottley Hall Marina. The problem is attracting honest, competent, experienced, and moneyed overseas entrepreneurs to invest in sectors that have a realistic potential for increasing employment, incomes, and profits.

In sum, although we may have prospects for development in other areas
(though I can’t even name one or two, including agriculture, with any degree of confidence), I contend that we simply lack the God-given features to grow our small mainland tourist industry (an assertion I will expand upon in future essays), which is why our British colonial masters were correct in their 1967 assessment, why so many of our traditional donors said no when our Prime Minister begged them for help with AIA, why his regime was wrong to start its vainglorious construction of a needless international airport in 2008, why proportionately more of our wealthy citizens have always travelled on holiday to our two closest neighbours than their citizens have travelled here to enjoy our mainland, and why Martin is dead wrong when he claims that, “Governments in small countries inevitably have to play a bigger role in the economy than they do in larger ones,” the opening sentence in his editorial, an assertion disproven by countless examples of small countries with small governments and big countries with big governments.

This is the 50th in a series of essays on the AIA folly. My other AIA essays are listed below:

2 replies on “Going forward or marching in place? Lessons for Argyle airport”